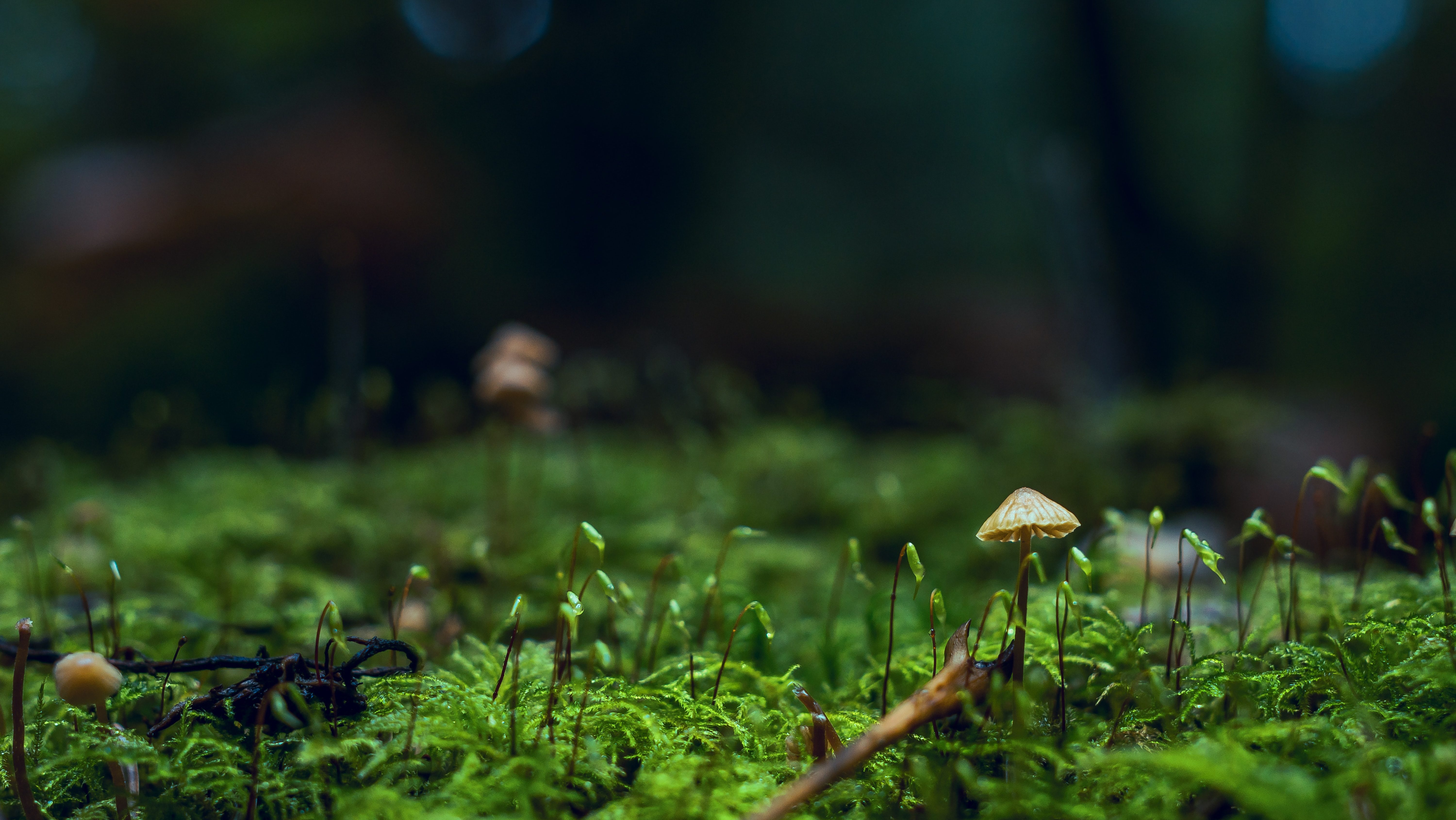 With Denver and Oakland having recently passed psychedelic decriminalization measures, it may seem as if the psychedelic reform movement is following a similar trajectory to cannabis — which over the past two decades has seen legislative victories on both the state and local level in the form of decriminalization and adult-use or medical legalization policies. In fact, throughout much of the past half-century, cannabis and psychedelics have been connected not only by similar legislation, but also by media, culture, and scientific research. As both became more widespread throughout popular culture around the time of the Vietnam War — many argue drug use was seen by many as an act of political rebellion — in response, Richard Nixon launched the “Drug War” to criminalize these substances under a dubious system called the Controlled Substances Act. Both cannabis and a range of psychedelic drugs were placed in Schedule I alongside potentially lethal substances like heroin, thereby continuing a campaign that had begun with during the “Reefer Madness” era of the 1930s, which sought to vilify cannabis by associating it with psychosis and consumers of color.

With the willing help of a media establishment that harnessed the power of fear to sell news, the Drug War put a hard stop on the research that academic institutions had been doing on psychedelics, and continued to expand for decades under multiple administrations and misinformation campaigns. While both cannabis and psychedelics have remained popular among the fringes of society until recently the mainstream public has still mostly regarded them as a gateway drug — in the case of cannabis — or as a dangerous brush with psychosis from even a single psychedelic trip.

Today, however, the general public, scientists, and even politicians are beginning to take cannabis and psychedelics seriously as powerful medicines for conditions like anxiety, PTSD, addiction, and depression, or simply as therapeutic aids for the betterment of well people. In other words, public opinion is inching toward destigmatizing these substances, regarding them as they once were not just prior to prohibition, but in some cases, for thousands of years, as they have been integral to indigenous communities and ceremonial practices. Even so, as public opinion shifts, both psychedelics and cannabis remain federally illegal, with the recent exception of hemp-derived CBD.

While cannabis has seen a string of consistent victories over the past several years with adult use or medical marijuana legal in 33 states and Washington D.C., the big wins for psychedelics appear to be much more recent. However, while Denver and Oakland’s decriminalization measures passed as recently as May and June, respectively, MAPS (the Multidisciplinary Association for Psychedelic Studies) has held FDA-approval for more than a decade to research MDMA-assisted psychotherapy for the treatment of PTSD. Moreover, academic institutions like Johns Hopkins or UCLA are studying psilocybin-assisted psychotherapy for end-of-life anxiety, depression, and addiction.

It’s important to distinguish between legalization and decriminalization, he says, and where and when one may be more optimal than the other. “We don’t want this to look like the Prop 64 model, which is legalization,” Munevar says. “Decriminalization means basically that you can cultivate, manufacture, distribute, donate, possess, transport, and consume within the state of California. Basically everything but sales. Once you turn on sales, that’s when the regulation kicks in on the government side, with the potential for hyper taxation and regulation from the permitting process.”

Munevar suggests that in the case of psychedelics, a push for medical or recreational legalization too soon could lead to unintended consequences for those who need access to these plants and fungi. “When they started pushing for the original medical legalization model, the big [pharmaceutical] players were doing that so they could do research on cannabis and make things like marinol and other analogs.” Essentially, large pharmaceutical interests were pushing for regulations to change around research, but only so that they could extract and patent an alternative, rather than ensuring that all who need it could access the medicine they need affordably.

There may already be parallels in psychedelics. Compass Pathways, a privately held company, has been angling to become one of the first legal providers of psilocybin in America and Europe; they’ve received a “breakthrough therapy designation” from the FDA that has put them on the fast track to success. Many in the psychedelic community, however, are wary of their tactics, which as Munevar describes, involve some troubling elements. “The problem isn’t that they’re developing an analog model, the problem is that they’re trying to in essence trademark and patent every part of that process that you can, and then they’re going to charge up to $500 a gram [psilocybin currently retails for approximately $10-$20 per gram]. For far less than that — about $125, you could teach someone how to cultivate psychedelic mushrooms with a pressure cooker and some birdseed.” In the decriminalized model Munevar advocates for, the at-home mushroom grower could legally do exactly that.

Tomas Avalos, organizing director for Decriminalize California is similarly optimistic about the historic opportunity to sustain the current momentum. He’s noticed a large increase in volunteer and member interest since the Denver and Oakland measures passed. “What’s going to change this is having conversations, that’s really what changed with cannabis. Starting to have conversations, and continuing them until they included medical professionals and eventually Sanjay Gupta and CNN.” Gupta famously and consistently opposed marijuana, and even wrote a Time article in 2009 titled “Why I Would Vote No On Pot”, in which he referenced and quoted many of the traditional government talking points that had already been debunked by that point, such as the ideas of cannabis being linked to a high risk of addiction and mental health risk.

Yet, in 2013, while producing a series for CNN on the subject, he was introduced (on camera) to the stories and experiences of people like 3 year old Charlotte Figi, whose parents used CBD treatments to greatly reduce the 300 seizures a day she was having as a result of Dravet’s Syndrome. Once he became aware of the incredible medical value and potential of cannabis, Dr. Gupta publicly apologized for his previous ignorance and failure to properly research and listen to patients. The resulting three-part series Weed is now seen as one of the most influential recent turning points in changing mainstream opinion and knowledge about cannabis. The first-hand stories and experiences it displayed communicated that someone who has been helped by medical marijuana could be someone in your own personal circle. That sort of personal relationship to a person or experience has been a major factor in recent large scale social change, whether it be on gay marrriage, cannabis legalization, and now psychedelic therapy.

For psychedelic consumers and other advocates of cognitive liberty that wish to get involved, the time to have these conversations is ripe. Munevar notes that psychedelic communities are forming all around the country, and it is easier than ever to find one in your area or use online tools to form one. An example he recommends is SPORE, which is based in Denver but is in the process of opening chapters across the country. He recommends researching individual organizations, what sort of legislation they’re pushing for, and who it benefits before choosing to join or support them.

Avalos notes that the model Decriminalize California and other developing psychedelic groups are using is open source, “so people can go out there and make change by using our structure, while incorporating their own ideas and creativity.” He notes that the open source and collaborative approach has been and should remain the standard within the psychedelic community, and says he’s been inspired by the diversity of age, culture and experience of the many who showed interest or signed up to volunteer while promoting the cause passing out stickers and literature recently at the San Diego Comic-Con and Young American Libertarian Conference in San Jose. “At the end of the day, it’s people who want to make change or make a difference, regardless of background. It’s open to everyone and for everyone and there’s no boundaries to that.”

Do you want to try magic mushrooms but hesitate because you don't know what's coming? The majority of individuals who consumed psilocybin mushrooms exhibit...
Psychedelics