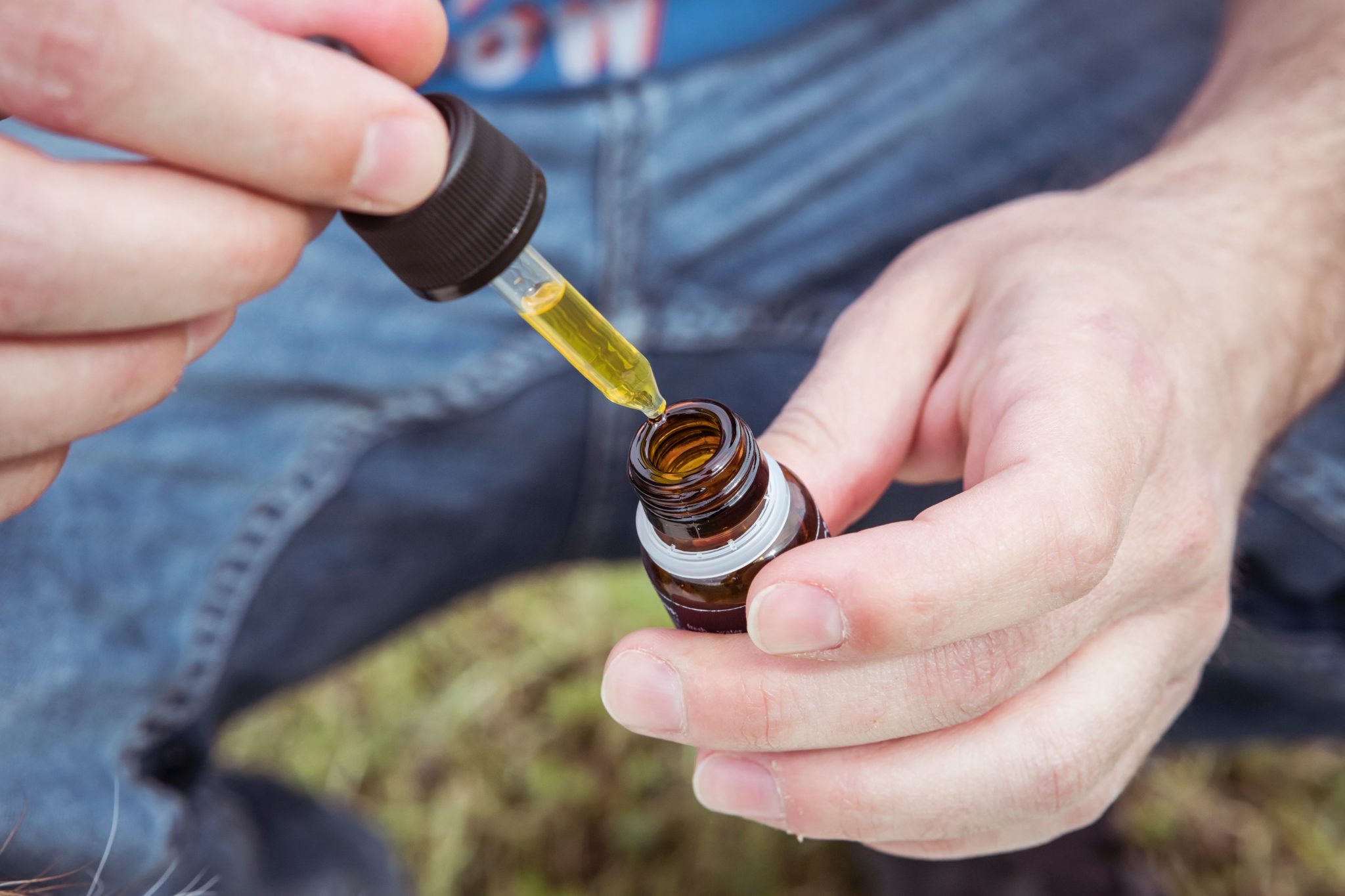 One of the hottest new markets domestically and internationally is the CBD market as both the U.S. and other world nations legalize hemp farming. Products like organic CBD for pets seemed a long way from being a reality not too long ago which shows how quickly legalization has successfully come about. One of the most sought-after cannabinoids from hemp is cannabidiol aka CBD. CBD products like the ones available at Browns CBD are an essential component of medical marijuana, and it is derived directly from the hemp plant, which is a marijuana plant having less than 0.3% Delta 9 THC.

After Congress passed the Farm Bill of 2018, the U.S. Government opened a path to the legalization of the hemp market and “all its derivatives.” So long as the hemp has a Delta-9 THC content of 0.3% or less, the derivatives from hemp are exempted from the U.S. Controlled Substances Act, which is the federal law criminalizing cannabis/marijuana generally. Individual States within the U.S. have started legalizing hemp, and a few states have expressly legalized CBD notwithstanding the FDA’s limitations on selling ingestible CBD products to consumers. Despite these challenges, North America is leading the global CBD market due to increasing consumer demand for CBD products. The overall market for CBD will be driven by high demand for CBD products because of consumer belief in the numerous claims about CBD’s health benefits. It is expected that many consumers/patients may ask their physicians for “off label” use of CBD, causing a rise in the global CBD pharmaceutical market, as more evidence proves the claims regarding CBD’s health benefits. It is presently believed that most consumers are waiting for regulators to determine the safe amount of use, and the proper marketing and labeling of CBD products for the over-the-counter consumer market. Because of growing consumer demand, we expect to see more American-based manufactures seeking legal pathways for CBD products to participate in both domestic and international markets.

CBD can be derived from marijuana, a controlled substance, or from the non-psychoactive hemp plant, which are both derived from the Cannabis L Sativa plant. Because of the higher costs and taxes associated with growing marijuana, it is much cheaper to extract CBD from hemp. While CBD is a component of psychoactive marijuana (one of hundreds), by itself, it does not cause a “high.” According to a report from the World Health Organization, “In humans, CBD exhibits no effects indicative of any abuse or dependence potential…. To date, there is no evidence of public health related problems associated with the use of pure CBD.”

A recent Harvard Medical School blog recently posted the following regarding the health benefits of CBD:

CBD has been touted for a wide variety of health issues, but the strongest scientific evidence is for its effectiveness in treating some of the cruelest childhood epilepsy syndromes, such as Dravet syndrome and Lennox-Gastaut syndrome (LGS), which typically don’t respond to antiseizure medications. In numerous studies, CBD was able to reduce the number of seizures, and in some cases it was able to stop them altogether. Videos of the effects of CBD on these children and their seizures are readily available on the Internet for viewing, and they are quite striking. Recently the FDA approved the first cannabis-derived medicine for these conditions, Epidiolex, which contains CBD. CBD is commonly used to address anxiety, and for patients who suffer through the misery of insomnia. Studies suggest that CBD may help with both falling asleep and staying asleep. CBD may offer an option for treating different types of chronic pain. A study from the European Journal of Pain showed, using an animal model, CBD applied on the skin could help lower pain and inflammation due to arthritis. Another study demonstrated the mechanism by which CBD inhibits inflammatory and neuropathic pain, two of the most difficult types of chronic pain to treat. More study in humans is needed in this area to substantiate the claims of CBD proponents about pain control.

There is also growing anecdotal evidence suggesting many health benefits from CBD beyond use as an FDA-approved, prescription anti-seizure medication. Accordingly, market analysts predict the CBD market will grow significantly in the near future.

One such analyst, Fior Markets, predicts that the global CBD market is expected to grow from USD 1,453.81 Million in 2018 to USD 17,345.80 Million by 2026 at a compounded annual growth rate of 36.3% during the forecast period 2019-2026. Adoption of various cannabis products, growing consumer spending on cannabis products, increasing usage of CBD in medical applications, and high R&D investments by the pharmaceutical industry, have all spurred the growth of the international market. Interestingly, Fior Market’s data showed that the therapeutic grade segment is dominating the market with a 59.90% market share in 2018. Fior further predicts the CBD market will keep growing in 2019. The therapeutic grade segment dominated the market apparently due to CBD’s claimed health benefits that help in the treatment of neuropsychiatric disorders. CBD is also being used to treat other chronic disorders, which is likely to further spur demand. Since CBD isolate does not have any synthetic ingredients or harmful contaminants, it is generally viewed as safe to consume, despite FDA warnings that consumption of significant amounts of CBD for extended periods may result in liver stress in humans.

Part of the expected growth of CBD are claims that CBD drugs have the potential to treat chronic disorders, such as fibromyalgia, irritable bowel syndrome, Crohn’s disease, and Parkinson’s disease. Some claim that CBD efficiently reduces pain, improves sleep, and reduces headache pain for people with fibromyalgia and migraines. Others claim it lessens irritation in persons suffering from irritable bowel syndrome. Regarding Parkinson’s disease, some claim CBD lessens the negative effects of this disease. If FDA-approved studies can support such claims, it is expected that the CBD market will grow exponentially and internationally. See https://www.fiormarkets.com/report/cannabidiol-cbd-market-by-product-food-grade-therapeutic-396106.html.

Regarding who some of the leading CBD product manufacturers are presently, we see Aurora Cannabis, Canopy Growth Corporation, CBD American Shaman, CV Sciences, Inc., Elixinol, Folium Biosciences, Gaia Botanicals LLC, IRIE CBD, Isodiol International Inc., NuLeaf Naturals, LLC, and Pharmahemp. These companies are adopting strategies such as product innovations, mergers & acquisitions, joint ventures, collaborations, and strategic partnerships to maintain their presence in the global CBD market. Some companies, like Elixicure in Southern California, have made the effort to get FDA over-the-counter approval for its CBD-based topical pain relief roll-on to ensure its expansion in the consumer market.

Regarding upcoming and growing CBD markets beyond the medical and consumer sectors, we see growing interest in CBD-based products for pets. Since the introduction of cbd for pets, the pet-health industry has grown at an unstoppable rate. Who doesn’t want the best for their pets? Right! In February of 2018, Marijuana Company of America (MCOA) launched its hempSMART Full Spectrum Pet Drops with a specially formulated product containing naturally occurring CBD, which is derived from a combination of hemp seed oil, a full spectrum hemp extract, fractionated coconut oil, and a rich bacon flavor. While the FDA has not yet approved CBD in pet food, many pet owners claim that CBD helps their dogs with arthritic pain, as well as looking at cbd for dog allergies. Part of the theory as to why dogs benefit from CBD is that dogs have more cannabinoid receptors in their brains than humans do. Studies are presently under way showing CBD’s health benefits in pets. See https://www.ncbi.nlm.nih.gov/pmc/articles/PMC5109620/.

As more consumers look for natural, plant-based foods and medicines, consumer demand for hemp and naturally derived CBD also rises. CBD is being added to foods and beverages, pet products, and cosmetics in both the U.S. and throughout the world. Hemp not only produces CBD, but also provides fibers that can be effectively used in consumer goods from textiles to concrete. As more countries legalize hemp and CBD, both commercial and consumer consumption of hemp and CBD rises globally, making these markets expand exponentially. Accordingly, CBD’s market future is bright.

John Armstrong is a founding partner of Horwitz + Armstrong, a professional law corporation, practicing general business litigation and providing business legal advice in the cannabis and hemp industry. Mr. Armstrong graduated cum laude from Creighton University School of Law in 1996 where he was the Lead Articles Editor for the Creighton Law Review. He earned undergraduate degrees in English and Political Science from California State University Fullerton in 1993, where he was a member of the speech and debate team. Mr. Armstrong has been admitted to the California State Bar since 1996, and is admitted to the U.S. Northern, Eastern, Central, and Southern Federal District Courts for California, the U.S. Second, Ninth, and Tenth Circuit Court of Appeals, the Federal Circuit Court of Appeals, the U.S. Court of International Trade, the U.S. Court of Federal Claims, and to the United States Supreme Court.

Mr. Armstrong represents a significant number of clients in the cannabis industry, including growers, manufacturers, and distributors, assisting this growing industry in the areas of regulatory compliance, general litigation, intellectual property, and capital raises.

Green Thumb Industries, a cannabis company, has announced a partnership with Circle K to test out marijuana pop-up shops in a small number of...
Industry