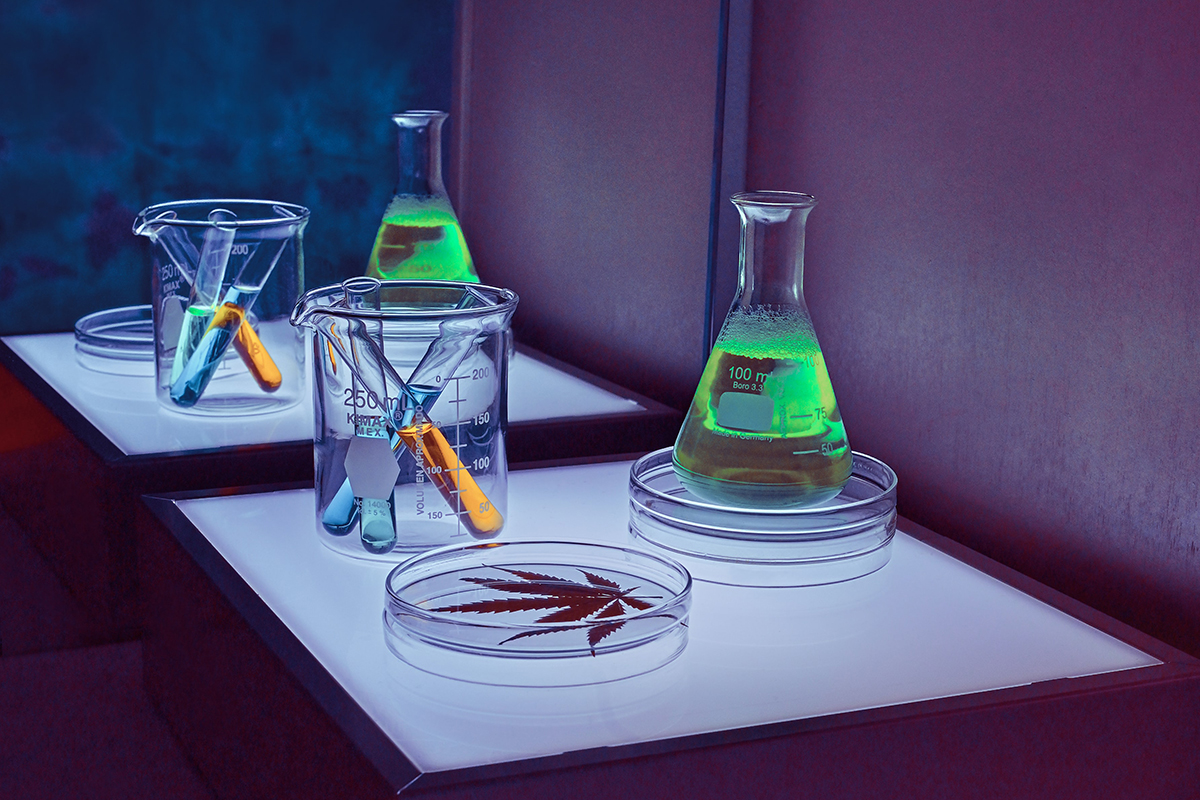 Tetrahydrocannabivarin (THCV) is quickly becoming popular as one of the market’s newest cannabinoids, often known as “diet weed” and “weeder all” for its supposed appetite-curbing and energy-boosting qualities. THCV, like many other cannabinoids, including more well-known chemicals like CBD and THC, may not exhibit the intoxication effects associated with THC, despite having the same name as THC.

In this article, we’ll discuss THCV, covering what it is, how it occurs, how THCV isolate is extracted, how it works in the body, potential benefits of THCV, its strength, effects, and other aspects. Keep reading to learn more about this intriguing cannabinoid.

THCV, or tetrahydrocannabivarin, is a minor cannabinoid, meaning it is present in lesser concentrations than THC and CBD. THCV is found in cannabis and hemp plants and can be eaten in plant form or as a separate extract, most often in oil form.

THCV is gradually increasing in popularity, and it is particularly well-known for its health advantages. Its effects on the organism are caused by its contact with cannabinoid receptors CB1 and CB2. Based on their location, these receptors are responsible for the subsequent cascade of consequences in the body.

How Does THCV Occur?

In terms of chemical structure, THCV is quite similar to THC. However, it is formed from a completely different precursor. While the majority of cannabinoids, including THC and CBD, are byproducts of CBGA (cannabigerolic acid) synthesis, THCV is the ultimate consequence of CBGVA synthesis (cannabigerovarin acid).

When exposed to heat or light, CBGV changes to THCVA, which becomes THCV. The most prevalent source of THCV is natural sativas from Africa, Pakistan, China, Afghanistan, Nepal, India, and Thailand.

How is THCV Isolate Extracted?

THCV extraction is costly due to its low cannabis or hemp plant concentration. Still, the technique is like for other cannabinoids. THCV is extracted via chromatography, which separates the components from the plant using superfluid liquid solvents such as CO2 or ethanol.

The solution is then evaporated with heat under a vacuum to eliminate all of the gas, leaving behind a high-purity THCV concentrate. The resultant concentrate has become the isolated chemical, with THCV levels ranging from 91 to 99 percent. Keep THCV items at room temperature and away from direct sunlight to maintain potency.

How Does THCV Work in the Body?

All cannabinoids, including THCV, communicate with the body via the endocannabinoid system (ECS), a sophisticated cell-signaling system discovered by researchers investigating THC in the early 1990s. The ECS has receptors found throughout the body and can influence how we feel and think. CB1 and CB2 are the two key chemical receptors involved in controlling a wide range of our body’s processes essential for better health.

CB1 receptors are distributed throughout the body but are more concentrated in the brain and neurological system. On the other side, CB2 receptors are more usual in your immune system. THCV works as an antagonist to CB1 receptors at low dosages, preventing a few of the effects of THC, such as munchies and powerful mental highs. When THCV is ingested in greater amounts, it stimulates both the CB1 and CB2 receptors and produces effects similar to THC. This leads to increased euphoric and cognitive effects and therapeutic advantages.

How Strong is THCV?

How Does THCV Feel?

Tetrahydrocannabivarin (THCV) is a psychotropic cannabinoid found primarily in Sativa cannabis strains. It is known to provide a more motivated, alert, and energizing euphoric mood. As a result, it is frequently advised for use during the day or whenever functionality is required.

Will THCV Get You High?

Because THCV is structurally similar to THC, you may be wondering if it can get you high. THCV has the ability to produce a psychoactive effect, which means it can get you high. However, you will need to ingest a large amount of THCV before you experience any intoxication effects. THC is still the most psychoactive cannabinoid and is largely responsible for the notorious cannabis high.

Here are some health advantages you may anticipate from THCV consumption.

THCV was observed to reduce glucose intolerance, boost insulin sensitivity, and restore insulin signaling in genetically obese mice in one research. Even though this study only uses mice and not human models, it emphasizes THCV’s potential to cure glucose intolerance and assist in maintaining blood sugar levels in check.

THCV may also increase bone development because of its potential to induce the formation of new bone cells. Studies have shown THCV to accelerate bone nodule formation and collagen production, implying that it may play a significant role in bone development. As a result, THCV holds great promise in the treatment of bone-degenerative illnesses such as osteoporosis, albeit additional research is required.

The capacity of THCV to lower inflammation is an essential health advantage. While inflammation is a crucial immunological reaction that helps our bodies fight infection and respond to damage, it can also cause pain and heat and contribute to the development of several chronic illnesses.

According to a 2010 study published in the British Journal of Pharmacology, THCV reduced inflammation and inflammatory discomfort in mice. This study discovered that THCV’s anti-inflammatory effects were most likely due to its interaction with the cannabinoid receptors CB1 and CB2.

While there is still much to learn about THCV, it is generally safe to experiment with. No serious side effects have been recorded in the few human studies conducted, which involved doses of up to 10 mg per day for up to 13 weeks.

However, some individuals reported feeling more tired than normal, so you should avoid driving until you know how it affects you. And you should absolutely avoid driving if you try a THC-containing substance. Always consult a healthcare expert before attempting any new vitamin or supplement, including cannabis products.

It’s easily mistaken THCV for THC, but a simple look at the studies shows that THCV deserves its own limelight. This cannabinoid has various medicinal effects, including the ability to reduce inflammation, lower blood sugar levels, and even increase bone formation.

While further research on THCV is required before conclusive claims regarding its medical viability can be made, early indications suggest that it is a fascinating cannabinoid to keep an eye on.

If you are looking for THCV isolate for sale, THCV wholesale, or THCV distillate at a reasonable price for yourself or your store, contact us now or browse our store to acquire up to 98 percent pure THCV isolate. If you are interested in THCV Isolate for sale just click the link here

Does Cannabis in Your Kitchen Provide Long-Lasting Relief From Pain?

Cannabis has been used for centuries to treat a variety of medical conditions, including pain. In recent years, cannabis has become more mainstream, and...
Medical