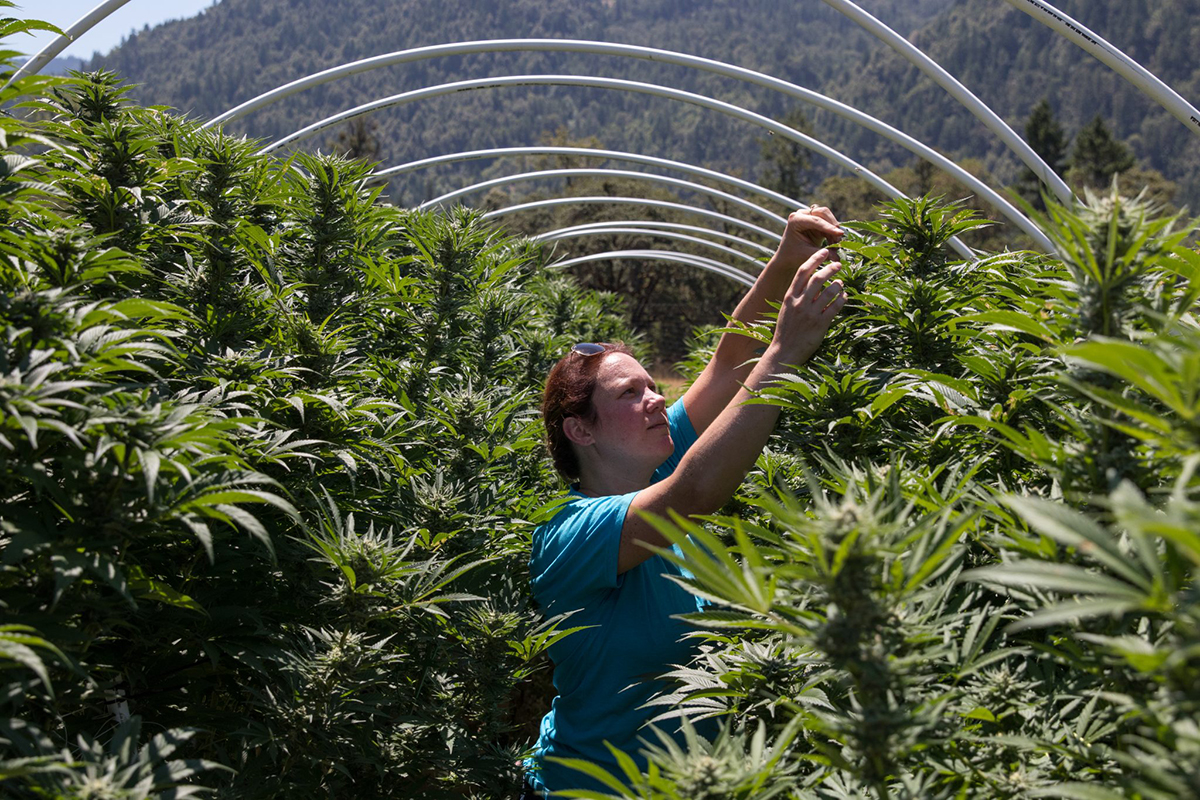 Survival in the California Cannabis Industry: How Small Legacy Farms in the Emerald Triangle Have Set Themselves Up To Weather The Storm

When you’ve been a cultivator for a couple of decades, you figure you’ve encountered pretty much everything that can destroy cannabis; deer, rodents, mites of every variety, aphids, thrips, cucumber beetles, woodlice, even termites. And then, Proposition 64 passes. You watch in awe and horror as the industry slowly collapses around you. Yet somehow, your farm and the farms around you are able to maintain and sustain, and many are even ready for expansion. This isn’t accidental or a fluke; it’s because as a legacy cultivator and (generally) a homesteader, we’ve learned how to live simply. And, more importantly, we’ve learned how to grow cannabis so good that was sold as indoor in Southern California for decades during the era of 215.

As taxes increase and regulations continue to be problematic, at best, knowing how to work with your plants as a low impact crop utilizing the sun, natural water, native soil, and minimal purchased inputs becomes even more necessary. The low overhead of open-air light deprivation set-ups and full-term outdoor means the slim margins aren’t nearly as impactful as they are on large corporate grows that include electrical bills, lighting, new soil, and chemical fertilizers. Expensive greenhouses with automatic light dep tarps and timers are a luxury that the industry is beginning to have a hard time justifying.
On the small family farms, like ours, we minimize many of the costs generally associated with cultivation. At Sunnabis: Humboldt’s Full Sun Farms, we use free energy in the form of sunlight. We make our own nutrients and pesticides using the natural farming methods taught by Korean Natural Farming (KNF) guru Chris Trump. Our native soil is enriched by compost and cover crops. Our water is provided by a pond that is filled by rain and a seasonal creek.

But most importantly, the decades of experience in the cultivation of cannabis has taught me how to recognize a problem before it becomes a serious issue. Knowing how to properly scout for pests and identify and mitigate them before infestation occurs is one of the keys in cultivation, right up there with being able to spot nutrient deficiencies before they can negatively affect yields. We have been cultivating our soil for years, and it’s become a balanced living soil system that allows for our crops to be strong and healthy. Science has shown that pests attack weak plants, and while our farm isn’t perfect, and sometimes we get genetics that are more prone to pest attack, we generally don’t suffer the massive disease or infestations that have been known to destroy entire crops. Genetics that have been bred and acclimated for decades for our climate are easy to source and produce superior plants that are highly resistant to botrytis and powdery mildew. The addition of a Lactobacillus foliar spray and horsetail tea provides almost complete protection as long as the grower sticks to the schedule. These techniques and tools aren’t exclusive to outdoor, either.; they’re easily tailored and tweaked to make indoor cultivation much more sustainable as well.

The hills in the Emerald Triangle of Northern California are full of growers that began with small guerrilla grows up in the ranchlands, and who slowly expanded into proper farms. We brought our genetics and knowledge of plant health and best farming practices with us when we came out of the cannabis closet, and many of us have experience in every type of cultivation that exists. And let’s get real. While it’s easy to grow cannabis, on some level, it’s not so easy to grow really good cannabis consistently, especially if you aren’t super familiar with the issues that face this crop, and don’t know how to spot them early on. Just like all farming, it takes years of experience to be able to pull it off will with decent profit margins intact. We see the failure of so many large grows that could probably have been avoided if there was a highly seasoned and educated cultivator in charge, or at least on payroll as a monthly advisor. One or two runs with one of these experts can teach newer growers more than they’ll learn in years on their own, and chances of total catastrophic crop loss is almost entirely negated. Learning how to take a $90,000 per year nutrient budget and reducing it to less than $10,000 using KNF, for example, is well worth the transition, and making that transition in the right way with proper advising is key to not losing quality. The smaller legacy cannabis farms in Humboldt County know this, and the smart ones have cut costs and watched margins. They know that while the margins are still slim, especially with tax hikes and 280e laws, they also know that they can survive much more easily than the huge, multi-acre grows that aren’t sustainable in their farming methods or their cultivation techniques. Many, like us, have taken the last couple of years to set up a firm foundation of environmental and regulatory stability. Because we know our craft so well, we’ve been able to hold strong in our industry despite the hurdles and speed bumps that have been excessive because of the last few years of Prop 64.

How to Grow Purple or Pink Cannabis Buds

What Is Growing Sinsemilla in a Greenhouse Possible?

Here we look further into the detail behind the name, the strain and the growing sinsemilla game and whether you can grow it in...
Grow

6 Most Common Mistakes to Avoid Before You Start Growing Cannabis

Cannabis is one of the most resilient plants in the world. That explains why a plant that was once indigenous in Asia can now...
Grow

CJ Melone, CEO of NUGL, sits down with RAZOR, legacy pioneer and creator of Skywalker OG, to talks about the past, the present, and...
Grow

Written By: Mian Azhar After the signing of the Farm Bill in 2018, cannabis became a rage across the US. To date, if you sift...
Grow

Things to Know About Growing Marijuana At Home

Written By: Mian Azhar If you are living in one of the few lucky states that say that you can grow marijuana at home, I...
Grow

Male vs Female Cannabis Seeds, Which One to Buy?