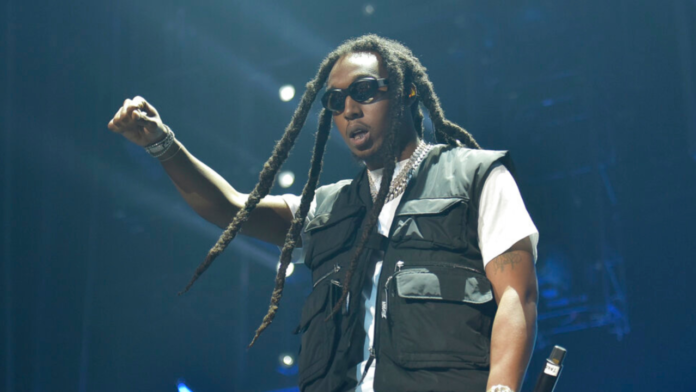 It is with a heavy heart that we report the death of rapper Takeoff, known for his work in the popular hip-hop trio The Migos. Takeoff was shot and killed following a dice game in Houston Texas this past weekend. This is a huge loss for the music industry, and our thoughts and prayers go out to his friends and family during this difficult time.

According to reports, the shooting occurred after an argument broke out during the dice game. It is still unclear what specifically led to the argument, but police say that marijuana and money may have been a factor. No arrests have been made at this time, and the investigation is ongoing.

Several rap artists have taken to social media to share their thoughts on the shooting death of rapper Takeoff. Quavo, one-third of the popular trio Migos, said “RIP Takeoff. This is so sad. We was just chopping it up a few days ago.” while designer and frequent collaborator Luka Sabbat said ” Houston just lost another one….. Rest In Peace takeoff.”

Others in the music industry have also chimed in, with producer Southside tweeting “Damn man I really feel for takeoff and his family prayers up”, and fellow Atlanta rapper 2 Chainz saying “This world is crazy RIP takeoff”. Our thoughts are with Takeoff’s friends and family during this difficult time.

Many people these days are familiar with different types of CBD products such as full-spectrum and Delta-8 CBD products. However, when it comes to...
Culture

There are many benefits to buying shatter online in Canada. I really like buying shatter! First of all, it is legal to do so! Before...
Culture