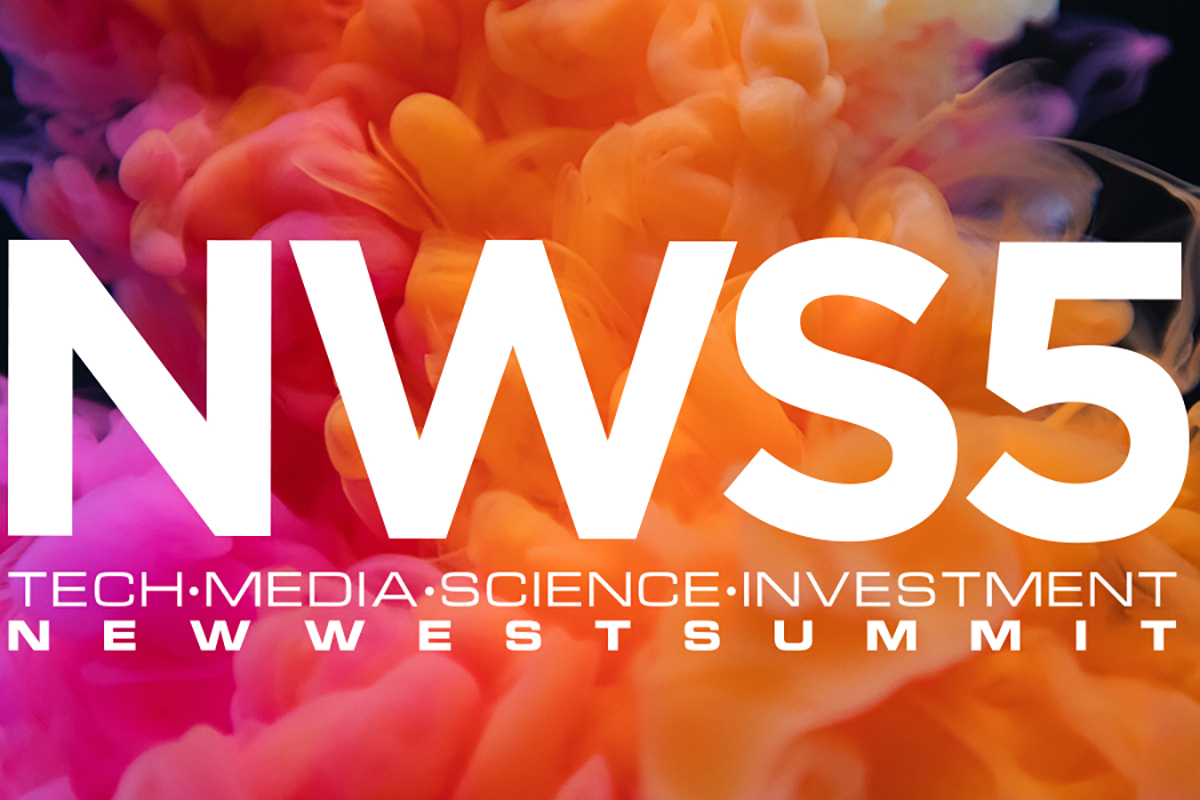 Stars of cannabis, stage, and screen converge at the mall for an updated twist on an industry favorite

The New West Summit, held its 5th annual two day event focused on cannabis, technology, media, science & investment on October 10-11th. This year’s event was held at the Bespoke Event Center in downtown San Francisco, operated by Westfield Group, one of the largest mall operators in the country. The location and setting, with the malls Bloomingdales and Victoria’s Secret side-by-side with local San Francisco based consultants Big Rock Partners, CBD producers like Curapure and  HempFusion, media partners including Nugl, and Humboldt County growers Wes Martin Cannabis, spoke to how deeply the Summit and the industry have infiltrated the mainstream.

The predominantly industry crowd mingled, networked, and took in the speakers and panelists; this year the unparalleled cast of speakers that New West Summit has become known for included big names from outside the cannabis industry like legendary actress Alicia Silverstone, who discussed her work in the wellness space, singer and positivity icon Michael Franti, and Keynote Speaker, rapper, activist and Netflix host Killer Mike. Icons on the stage from within the industry included Steve DeAngelo, who is working to ensure that all cannabis prisoners are freed, and Dr. Sue Sisley.

Attendee Elise McRoberts is an industry veteran, entrepreneur and longtime producer, judge and host for cannabis media and events like Emerald Cup. As Director of Marketing & Sales for Doc Green’s, and a New West Summit panelist herself in 2017 – moderating a discussion on cannabis brands giving back to the community – she appreciated the opportunities that a mixed crowd of fellow industry vets and relative newcomers from the technology and investment spaces could offer. “New West Summit in particular, and great cannabis events in general, are like barometers of the state of the movement. You can truly feel it. These events serve as live captures speaking to exactly what is really going on in the cannabis community.”  She particularly appreciated the opportunity to catch up with industry friends and collaborators. “For me, so much of what great industry events like New West Summit are about is reuniting and connecting with my cannabis industry tribe, and look at us now! Right in the center of Westfield Mall in San Francisco having panel discussions over topics like supply chain, social justice and artificial intelligence, as related to the cannabis industry.” McRoberts and her team are working on the re-launch of Doc Green’s, a Proposition 215 legacy brand that has gone through the arduous regulatory transition from medical provider to adult use. Doc Green’s initially began in 2009 in Berkeley, their topical pain creams winning awards and a devoted following before spending the last year retooling and adjusting to Proposition 64’s new host of regulations, and will be back on shelves this winter in the Bay Area with a new collection of solventless products featuring live rosin and rosin infused pre-rolls; their staple topical cream will be back in 2020.

Jim McAlpine is the co-founder and executive director of New West Summit. He tells Nugl that “Since its inception, New West Summit has differentiated itself from other cannabis business conferences by viewing the industry through the lens of technology, while maintaining a level of speakers that is simply unmatched.” Past speakers include billionaire Richard Branson and NBA Hall of Famer Rick Barry. McAlpine was particularly excited this year to meet, interview, and introduce Killer Mike, whose activist work and music with Run The Jewels he has long admired. Killer Mike sat for a wide ranging and typically profound and entertaining discussion with Shaleen Title, the Massachusetts based cannabis advocate and organizer. In it, Mike accentuated the need for restorative justice and opportunity in the predominantly white cannabis industry, while also challenging the sometimes empty virtue signalling behind some words and campaigns, cautioning Shaleen and the audience to “Watch out for words like equity and social justice because they can be triggering, or people tune them out. How about FAIR? How about ‘Fair is fair?’ Black people went to jail for this, so how about creating a middle class for marijuana for them?” further explaining that “Marijuana does not need to go from totally illegal to giant corporations owning everything. While we have this industry opening, we need people who are truly going to be allies and make sure that people who don’t look like them have a pathway – or more than that, a driveway – into the industry.”

The New West Summit has taken equity and representation seriously, and Jim McAlpine believes the event has maintained what he calls a “palpable vibe of camaraderie” by taking the sort of proactively inclusive steps Killer Mike prescribes. Minorities for Medical Marijuana is a nonprofit that provides education and outreach to underserved communities, and they’ve been represented at recent New West Summits, including their booth at the most recent. Over the years, New West Summit has also given out thousands of free tickets to groups and individuals who are underrepresented in the space.

As for the future, McAlpine intends to take this years theme of evolution to heart, and to continue to differentiate the New West Summit from other industry events by continuing to present  technology, speakers and ideas that remain at the forefront of what is innovative and next in cannabis.

Hall of Flowers Season 3: A Curated Collection of Cannabis Business

https://vimeo.com/646607676 Welcome to a very special edition of NUGL Live at Kushstock 2021. Today, we feature Mel from Re-Up Supply, an artist and entrepreneur with...
Events

Welcome to another special edition of NUGL Live at Kushstock 2021! Today, we're featuring Kuzzo Fly & Yukmouth from The Luniz, straight out of...
Events

Welcome to a very special edition of NUGL Live at Kushstock. Today we are featuring David Kelly from STIIIZY, to chat about their award-winning...
Events

Welcome to a very special edition of NUGL Live at Kushstock. Today we are featuring Alex from Royal Blunts, to chat about their Royal...
Events