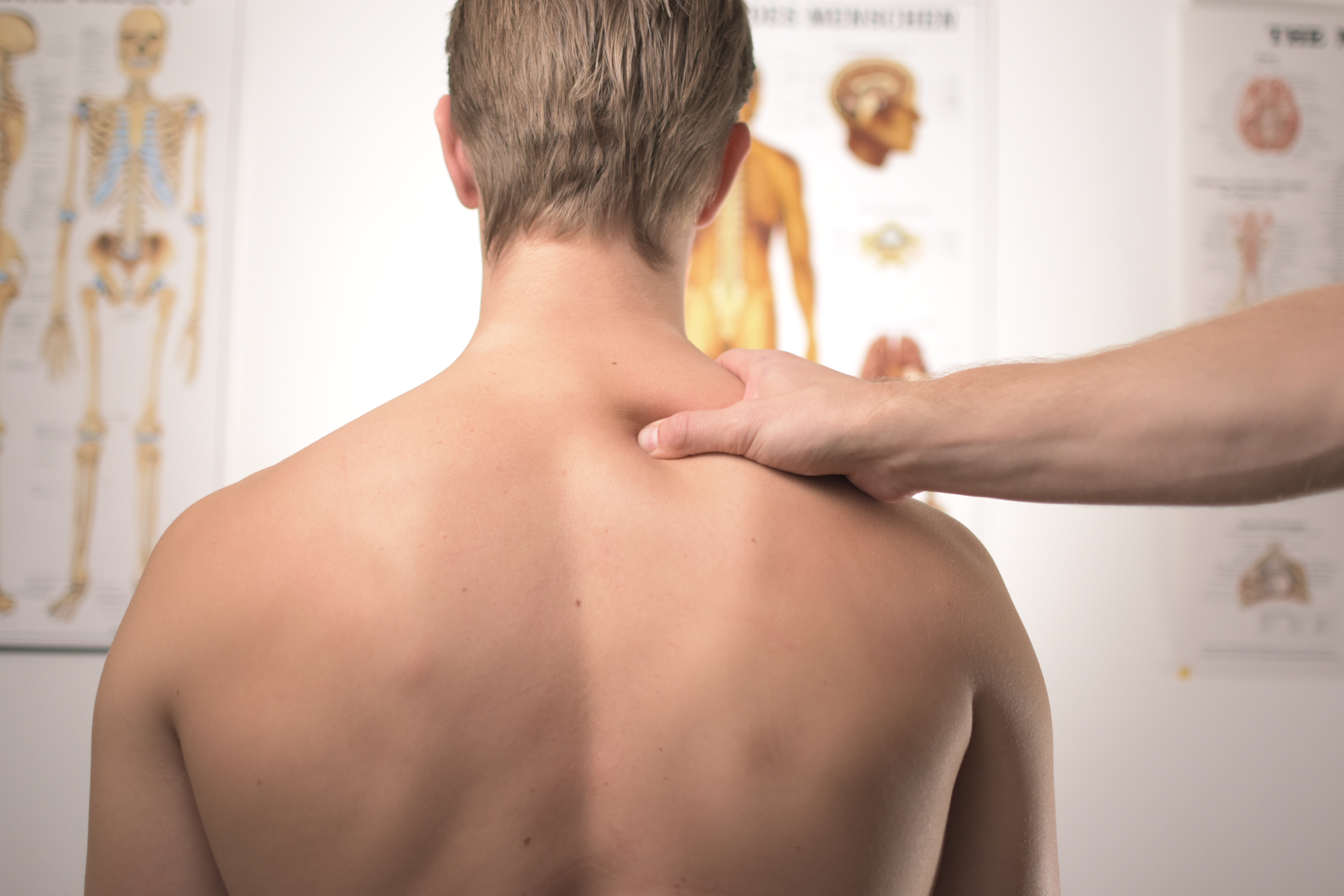 A growing body of clinical research and a history of anecdotal evidence support the use of cannabis for the relief of some types of chronic pain, including neuropathic pain, and spasticity (ie, stiffness or tightness) associated with multiple sclerosis.1 In a recent comprehensive review of existing data on the health effects of cannabis and cannabinoids, the National Academies of Science concluded that adult patients with chronic pain who were treated with cannabis/cannabinoids were more likely to experience a clinically significant reduction in pain symptoms.2 They rated these effects as “modest.”

Studies also suggest some efficacy for cancer-related pain, migraines, and fibromyalgia, and other pain conditions.3 However, how different species, routes of administration, and doses differ in their effect is less clear, and more research is needed. Nonetheless, some sufferers are visiting sites like https://www.naturemary.com/ to purchase various variations of CBD and using it in their daily routines. If you’re considering using CBD, hemp, or medical marijuana in your routines, you may be interested in these related articles:

The chemical complexity of cannabis itself has made it difficult for researchers to untangle its effects on pain and, at the same time, difficult for clinicians and patients to find the most effective species and route of administration. Cannabis is the genus name for a disputed number of plant species. The two most widely accepted species are Cannabis sativa and Cannabis indica, though hybrid species are also common.

Chemically speaking, cannabis is complicated. To date, 568 unique molecules have been identified in the cannabis; of these, more than 60 are cannabinoids – these are compounds that act on receptors in the body’s endocannabinoid sy stem. This system plays a key role in endogenous pain control.4 Two of the cannabinoids found in cannabis, ?9-tetrahydrocannabinol (THC) and cannabidiol (CBD), along with other cannabinoids, terpenes, and flavonoid compounds, are thought to exhibit synergistic effects that promote pain relief.5 THC is the most psychoactive cannabinoid found in cannabis and is primarily responsible for the “high” associated with marijuana. It can also reduce nausea and increase appetite. CBD does not provide the euphoria associated with THC and is associated with reduced pain and inflammation.6

Approval by the US Food and Drug Administration has, so far, been limited to synthetic or pharmaceutical-grade components of cannabis. In June 2018, the agency approved Epidiolex (GW Pharmaceuticals) – a high CBD, low THC whole-plant alcohol extract – for the treatment of seizures associated with Lennox-Gastaut syndrome or Dravet syndrome in patients age 2 and older. FDA has also approved Marinol (AbbVie) and Syndros (Insys Therapeutics), which both contain dronabinol, or synthetic THC. Both are indicated for weight loss associated with anorexia and HIV. Marinol is also indicated for severe nausea associated with cancer chemotherapy, as is FDA-approved Cesamet (Meda Pharmaceuticals). Cesamet contains the active ingredient nabilone, which has a chemical structure similar to THC.

The form/route of administration may also play a role in the pain effects of cannabis. Medical cannabis comes in herbal (marijuana), tincture, oil, and edible forms. It can be smoked, vaporized, ingested in edible or other oral forms, taken sublingually (under the tongue), or applied topically (oil). Research on the efficacy of different routes of administration for pain is sparse. However, a 2013 randomized, placebo-controlled, double-dummy, double-blind study compared analgesic effects of smoked marijuana and dronabinol.7 The results indicated that under controlled conditions, marijuana and dronabinol both decreased pain. However, compared with marijuana, dronabinol produced longer-lasting decreases in pain sensitivity and lower ratings of abuse-related subjective effects, which can be predictive of use and abuse patterns. Other studies suggest that smoking cannabis produces rapid effects, while oral forms take longer to work but may last longer.8

Strains of cannabis may come with names like Purple Diesel and Blue Sky, regardless of it they are used to make the kind of cannabis concentrates online or otherwise. While the term “strain” is commonly used by dispensaries, medical cannabis users and even physicians, it’s not a term used for plant nomenclature.9 A strain name may come from a grower, producer, processor, or dispensary. A 2018 study out of Washington state found that commercial Cannabis strains fell into three broad chemotypes (chemically distinct plants that otherwise appear indistinguishable) that were defined by the THC:CBD ratio.10

“There is little consistency in plant constituents between products’ strain names,” said David Bearman, MD, a physician in private practice who specializes in pain management and has more than 40 years of experience in managing substance abuse. “These names are mainly marketing tools and tell little about the constituents of the product. The best advice is to read the label and understand it.” Dr. Bearman is also the co-founder of the American Academy of Cannabinoid Medicine, and a board member of Americans for Safe Access â€“ a national member-based organization of patients, medical professionals, scientists and concerned citizens promoting safe and legal access to cannabis for therapeutic use and research,and of Patients Out of Time â€“ a Virginia-based nonprofit that works to educate all disciplines of healthcare professionals, the legal profession, and the public about medical cannabis. It’s also important to know that dispensary cannabis is not regulated by the FDA so what you get in one state, or at one time, may be different from another.

A Word About Hemp

Hemp products – including oils, extracts, and even “gummies” – aimed at relieving pain and anxiety abound on the internet. But what is hemp and how does it differ from marijuana? The conventional answer is that hemp and marijuana are two different species of the Cannabis genus of plants. Hemp, which is primarily used for industrial purposes (particularly fiber products), is considered to be the Cannabis sativa species; marijuana (used for medicinal and recreational purposes) is considered to be the Cannabis indica species. The two species differ not only in appearance but also in levels of THC and CBD. C. sativa is associated with higher levels of THC while C. indica is associated with higher levels of CBD. The science is more complicated. A 2015 study11 of genetic structures of marijuana and hemp suggests that “C. sativa and C. indica may represent distinguishable pools of genetic diversity but that breeding has resulted in considerable admixture between the two.” Researchers also found that hemp has more in common genetically with C. indica than with C. sativa. Differences in THC production held true.

Medical cannabis is currently legal in 34 states (as of spring 2019), many of which require patient registry or identification cards for the purchase and use of the substance for specific diagnosed medical conditions. These conditions differ by state and continue to change – hopefully one day, people in every state will be able to apply for a medical marijuana card. At the federal level, marijuana is classified as a Schedule I substance under the “Controlled Substances Act,” and there are no recognized medical uses. In many of the states with legalized cannabis, some type of product testing is required, however, testing varies by state and may be limited contamination tests or may include quantification of CBD and THC levels. California, for example, requires dispensaries to sell only marijuana that has been tested for pesticides, contaminants, and microbial impurities. Beginning in July 2018, California also began to require testing to determine plant potency (ie, levels of THC and CBD). This information is included on the product label.12 In addition to t he above, 12 states have enacted legislation allowing for limited use of medical marijuana (ie, low CBD: THC ratios). These states, as of spring 2019, include: Alabama, Georgia, Indiana, Kentucky, Mississippi, North Carolina, South Carolina, Tennessee, Texas, Virginia, Wisconsin, and Wyoming. It is important to know that consistency and quality of the product received may vary from dispensary to dispensary and from state to state. Stay up to date with the National Conference of Sttae Legislatures which lists current medical marijuana laws at http://www.ncsl.org/research/health/state-medical-marijuana-laws.aspx.

Where does this leave chronic pain patients interested in trying medical cannabis? Regardless of the strain or form of cannabis, the key is the amount of THC and CBD in the final product, according to Dr. Bearman. Cannabis is great at treating chronic pain along with lots of other life-changing illnesses (you can read more about this here). This is why lots of people decide to go down the marijuana route for treatment.

For those with concerns about the psychogenic effects, he recommends starting with a one-to-one ratio of THC to CBD for chronic pain. “I usually suggest that people start with 7.5 mg [which, using a standard unit converter amounts to 0.003 oz.] of THC and 7.5 mg of CBD, three or four times a day,” he told Practical Pain Management. “I tell them that the most likely effect is that (a) it’s not going to make their pain go away, and (b) they’re not going to get high.”

For pain relief, he recommends a dose of 15mg THC (0.0005 oz) to 15 mg CBD. In his experience, doses of THC less than 15 mg generally don’t provide pain relief. Doses may be increased if necessary, best guided under a doctor’s orders, to achieve pain relief without unacceptable side effects.

The key to using medical cannabis for pain is two-fold. For starters, a personalized approach is needed. Each person is different, and many adjustments may be needed to zero in on the dose that controls pain with minimal side effects. It’s also important to start on a low dose of THC and CBD.

Dr. Bearman said he also prescribes dronabinol, the man-made or synthetic THC, for some patients. “It doesn’t work as well as cannabis, it’s more expensive than cannabis, and it has more side effects than cannabis. Nevertheless, there are some good reasons for prescribing it,” he noted. Specifically, because dronabinol is regulated by the FDA and must meet purity and manufacturing standards, he knows exactly how much THC a patient is getting.

Be sure to talk with your doctor about the right dose and route of administration before taking any prescribed of dispensed medical cannabis product for pain relief or related symptoms. Note that Medicare does not cover the product; check with your insurer for other program coverage.

This article originally appeared on practicalpainmanagement.com