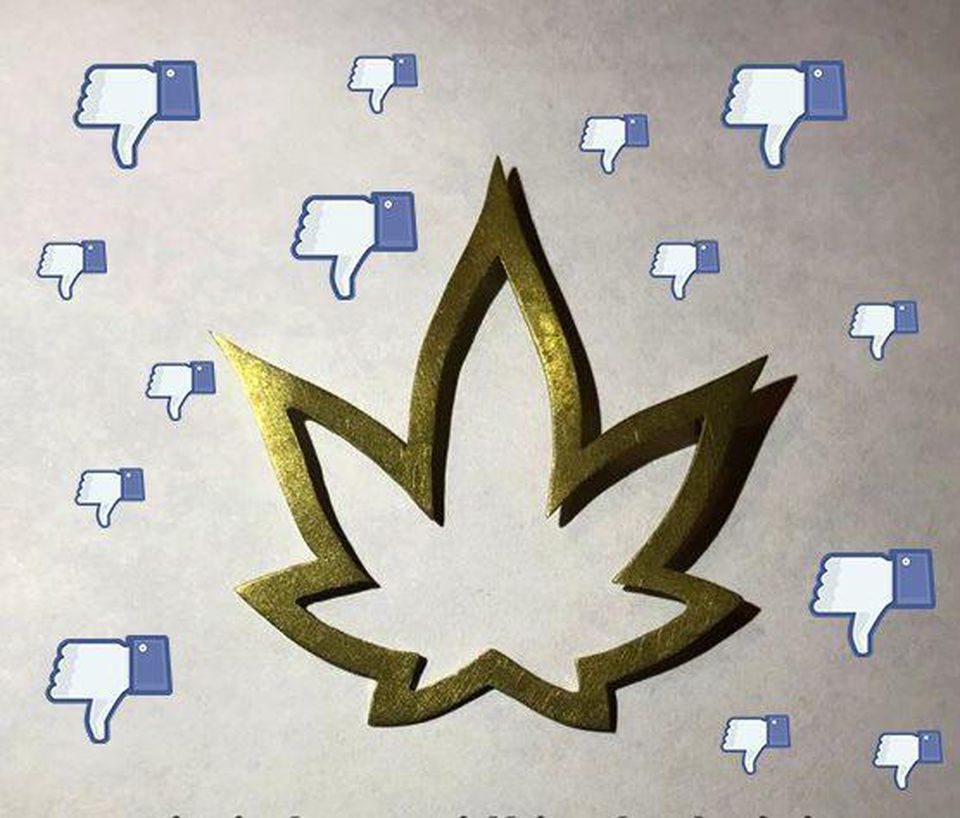 Cancer survivor and CBD medical consumer Felicia Palmer is taking a swing at the anti-cannabis establishment.

According to documents procured exclusively, Ms. Palmer, founder of the longest-running hip-hop news website in the world, SOHH.com, and her new company, Cannaramic Media, Inc., are commencing federal, civil action against Facebook, Inc., the social media behemoth running Facebook and Instagram, after a series of ads intended to promote the company’s educational Cannaramic Online Summit were rejected on the platforms, and the company’s follower page was disabled temporarily.

Interestingly, the suit is very timely, as the paperwork was completed on Thursday May 18th, the same day as the White House announced it is monitoring censorship by Facebook, and asking people to submit their complaints directly to the administration using this form.

Litigation attorney, David C. Holland, Esq., who serves as the Executive Director for the New York chapter of national marijuana advocacy organization, NORML, is representing the plaintiffs, Ms. Palmer and Cannaramic, pro bono. The suit is still open to other interested co-plaintiffs.

‘A Pattern Of Censorship’

Talking about the issue, Ms. Palmer and Mr. Holland explained that they see a “pattern of censorship and suppression of information and content pertaining to legal uses of cannabis across Facebook’s platform as well as that of the popular social media app, Instagram, also owned by Facebook.”

This is what has been outlined in the formal complaint: It was not just Ms. Palmer and Cannaramic’s rights to transmit information that were violated, but also those of Facebook users who had voluntarily chosen to get the information from the page.

The plaintiffs will be demanding a jury trial.

As per the legal documents, Palmer and Cannaramic Media quoted “deceptive acts and practices, and New York common-law fraud” as the formal reasons behind the complaint. “Such practices engaged in by Facebook have resulted in economic loss, censorship, and prevention of the dissemination over the Facebook platform by Plaintiffs of critical information pertaining to cannabis and matters of public health, scientific research and governmental policy which are important to the national interest,” the complaint reads.

In short, the 17-page document details how the Facebook algorithm systematically removes, bans and limits not only the promotion, but also the sharing of information related to legal cannabis, the industry, legalization, social equity and medical uses of marijuana, even though the plant is now legal in 33 states, the District of Columbia, several U.S. territories, and dozens of countries around the world.

This censorship of Cannaramic-related ads and the blocking of their Facebook page took place after the plaintiffs were induced to spend money to boost their posts promoting the free online educational summit, Palmer assured.

Commenting on this matter, Mr. Holland said access to information on cannabis is “vital to millions of everyday people nationwide who are now or will soon be impacted by the growing movement toward cannabis as a useful and valuable resource in our society.

“When a private company like Facebook (our largest resource for communication) prohibits the flow of this type of information, it essentially amounts to a threat to the public health, social welfare and economic vitality of our communities,” Mr. Holland concluded.

One might wonder if there any legal precedent to hold Facebook, a non-governmental organization, to similar standards as public officials and government agencies. Well, there is.

In 2017, the Supreme Court of the United States acknowledged, in Packingham v. North Carolina, that social media in general, and Facebook in particular, have arisen to hold a position comparable to that of the traditional public forum:

A fundamental principle of the First Amendment is that all persons have access to places where they can speak and listen, and then, after reflection, speak and listen once more. The Court has sought to protect the right to speak in this spatial context. A basic rule, for example, is that a street or a park is a quintessential forum for the exercise of First Amendment rights …. Even in the modern era, these places are still essential venues for public gatherings to celebrate some views, to protest others, or simply to learn and inquire. While in the past there may have been difficulty in identifying the most important places (in a spatial sense) for the exchange of views, today the answer is clear. It is cyberspace–the “vast democratic forums of the Internet” in general, … and social media in particular. Seven in ten American adults use at least one Internet social networking service …. One of the most popular of these sites is Facebook, the site used by petitioner leading to his conviction in this case. According to sources cited to the Court in this case, Facebook has 1.79 billion active users …. This is about three times the population of North America

The Cannaramic Online Summit is scheduled to broadcast between May 20 and May 24, and features more than two dozen experts including Dr. Raphael Mechoulam; Dr. Monica Taing of Doctors for The Reform of Cannabis Regulations, Roz McCarthy of Minorities for Medical Marijuana; multi-platinum artist RedMan; Melissa Moore of the Drug Policy Alliance; UFC Champion Frank “The Legend” Shamrock; former NHL lineman Riley Cote; and U.S. Army combat veteran José Belén – yes, the same one who sued Jeff Sessions over cannabis’ Schedule I status.

Disclosure: While I am one of the speakers of the Cannaramic Online Summit, I have received no compensation from the company, and only learned about the news after a series of ads the company intended to run were rejected on Facebook and Instagram. At the time of the writing of this article, I have no involvement in the court case, and don’t plan to receive any sort of compensation from Cannaramic in the foreseeable future.