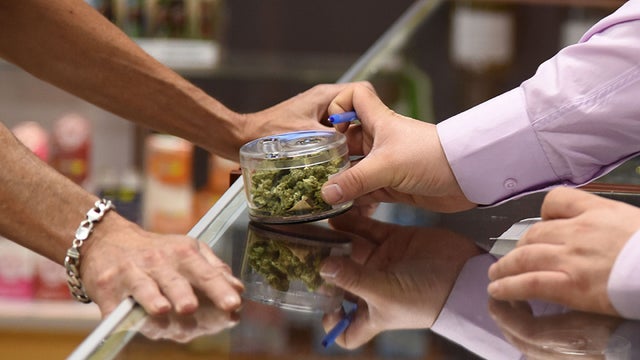 Congress is cranking up the pressure on the Food and Drug Administration (FDA) to draft rules to regulate cannabis-based products.

Lawmakers legalized the use of hemp-based cannabidiol (CBD) products late last year in the farm bill, sending the agency scrambling to figure out new rules around regulating a unique product that is both a drug and a dietary supplement.

But Congress is signaling that it is growing impatient as the FDA looks for a solution and may not wait on the sidelines for much longer.

“In Congress, some are itchy [for action],” said Jonathan Miller, general counsel for the industry advocacy group U.S. Hemp Roundtable.

Miller said some lawmakers have been privately circulating potential legislation, but he doesn’t expect any formal push from Congress until at least later this fall.

“If their patience ends [and FDA doesn’t act], there will be an effort for legislation,” Miller said.

The FDA held a public hearing at the end of May, and experts and industry representatives said it was a good start but did not advance the ball much in terms of giving clarity from a federal level.

People who attended the meeting said they left without any new sense of the agency’s timing on creating new regulations.

During the 10-hour hearing, acting FDA Commissioner Ned Sharpless made no promises about timing, but FDA officials were clear that they wanted more data from the public. Sharpless said the agency was essentially operating in uncharted waters.

“While we have seen an explosion of interest in products containing CBD, there is still much that we don’t know,” Sharpless said, adding there are “important and significant gaps in our knowledge.

In particular, FDA wants more information about dosing levels, including how much CBD is safe to consume, and any long-term exposure risks. The agency is also focused on the effects CBD has on children, elderly and pregnant women.

Public comments concerning FDA’s role are due July 16, after the agency extended the deadline for an additional two weeks.

CBD is derived from the marijuana plant but doesn’t give users a high. Ever since the farm bill passed, CBD products have been appearing online and on the shelves of convenience stores, coffee shops and nutrition stores in select states.

Yet according to the FDA, adding CBD to foods and dietary supplements in interstate commerce are both illegal.

Miller said for the time being, companies are willing to wait.

“We want to give FDA the appropriate space to come up with their conclusions,” Miller said. “They are under a lot of pressure from Congress, and Congress is under pressure from the public. I think they realize they need to move quickly.”

In the meantime, lawmakers from both parties are trying to nudge FDA to act.

A provision in the House appropriations package that passed last month sets aside funding for FDA to study and set specific levels of CBD to put in food and drinks.

Senate Majority Leader Mitch McConnell (R-Ky.) met with Sharpless last week, and urged the agency to speed up the timing on CBD regulation.

“Congress’s intent was clear with the passage of the Farm Bill that these products should be legal, and our farmers, producers and manufacturers need clarity as well as a workable pathway forward regarding the agency’s enforcement,” McConnell said in a statement.

“Like my constituents, I am anxious to know the FDA’s plans to ensure public access to safe CBD products,” he added.

Sen. Ron Wyden (R-Ore.) did not meet with Sharpless personally, but last week sent a letter to the agency urging FDA to set an interim policy by Aug. 1 that would allow products containing hemp-derived CBD to be manufactured and sold as food and dietary supplements, similar to many that people find here and elsewhere online.

Wyden said it was “fully unacceptable” for FDA to suggest it may take up to five years to issue rules.

“The regulatory confusion and uncertainty surrounding CBD cannot continue for that length of time,” Wyden wrote.

Michael Werner, an attorney who represents CBD industry clients, said FDA knows it needs to move quickly, because as a public health agency, it wants the “rules of the road out there as soon as possible.”

“The issues that FDA is grappling with are the same issues everyone in the private sector is grappling with,” Werner said. “I think they do feel a sense of urgency to figure out these issues. Their challenge is they want to do it right.”

Before former FDA Commissioner Scott Gottlieb stepped down in April, he indicated it may take years for FDA to properly regulate CBD.

The rulemaking process for conventional products can take two to three years, but because CBD is unique and has never previously existed in the food supply, he said, it could take longer.

Lawmakers and industry sources said they don’t necessarily have an issue with FDA’s insistence on gathering evidence, but they also don’t want the agency to use safety as an excuse to slow-walk regulations.

“FDA needs to create a pathway without taking years worth of safety data,” said attorney Jessica Wasserman. “[CBD] has been on the market for a long time, and they [FDA] haven’t been using their enforcement powers on it.”

This article originally appeared on thehill.com