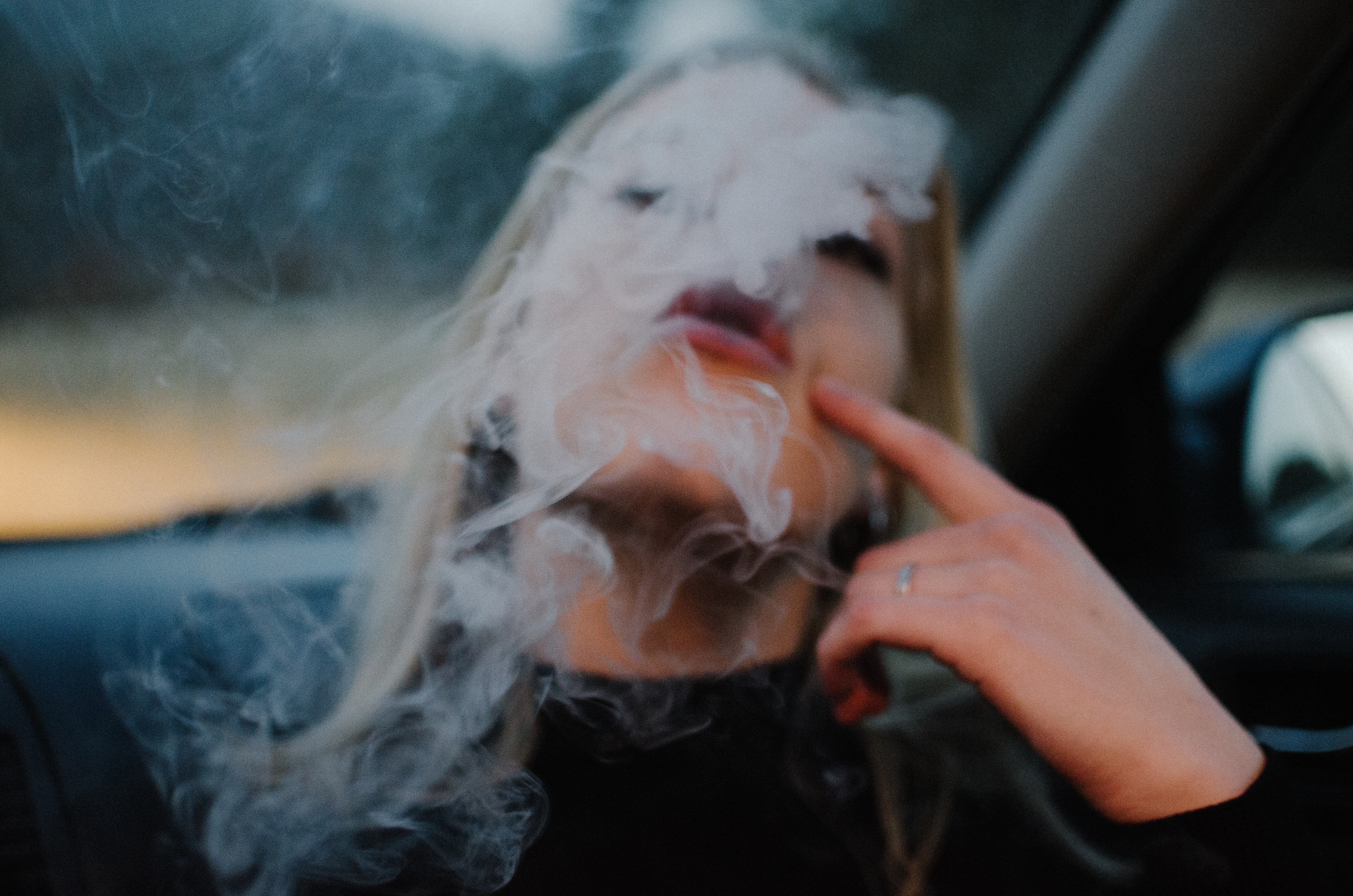 After nearly two years of discussion, the Las Vegas City Council approvedthe licensing of social-use cannabis venues on May 1. In a city with some of the world’s largest legal cannabis retailers-and nowhere to light up-it looked like visitors finally would have a comfortable place to enjoy their purchases.
Las Vegas has some of the world’s largest cannabis retail stores. And still nowhere to light up legally.

Earlier this month the Nevada Legislature, with the support of Gov. Steve Sisolak, adopted Assembly Bill 533, which overrides the Las Vegas measure and delays the opening of any legal cannabis venues until at least July 2021. The bill, first introduced just three weeks ago and set to be signed into law by Sisolak this week, requires a new Cannabis Compliance Board to address unspecified “issues” that have risen as a result of “rushed” cannabis policies made under former Gov. Brian Sandoval, Sisolak’s office said.

“(Sisolak) believes it’s better to address the issue of consumption lounges the right way than the quick way,” said Helen Kalla, spokeswoman for the Nevada governor.RELATED STORYCannabis Lounges Are Coming to Las Vegas-but Not the Strip

For John Mueller, owner of Acres Dispensary, on Las Vegas City land just north of the Strip, the new law means an 8,000 square-foot cannabis event space located at the back of his store won’t be open for cannabis business after all-at least not immediately.

Designed as a controlled and legal atmosphere for many of the Las Vegas Valley’s 42 million tourists each year and over 2 million local residents to consume the plant, the room will now be turned into a bar or non-cannabis event space, Mueller said.

“We’re dead in the water as far as a cannabis lounge goes,” Mueller said. “Which is sad when you think about how many people come here and still have to discreetly use it against the law.”

Frank Hawkins, a former Super Bowl-winning running back, is another cannabis retailer who was planning to open a lounge.’It’s pure politics. How does a compliance board study cannabis lounges when they don’t even have the chance to open?’Frank Hawkins, owner, Nevada Wellness Center

Hawkins’s 7,800-square-foot facility, just an elevator ride from his Nevada Wellness Center store, featured over a dozen separate rooms with private areas for playing virtual reality games and dominoes, a recording studio, a CBD product store, and even a boardroom for groups that have expressed interest in holding meetings there. A shuffleboard table, a room with a giant white wall and projector, and an area for vending machines and microwaves were among other planned amenities for Hawkins’ lounge. He too, is out of luck for another two years.

“It’s pure politics,” Hawkins said. “How does a compliance board study the efficacy of lounges when they don’t even have the chance to open?”RELATED STORYCheck Out the World’s First Cannabis Superstore in Las Vegas

As legal social-use venues continue to thrive in California and are set to soon open in Colorado, why would Nevada-with over 45 million annual tourists stuck without a place to legally enjoy the plant-need two more years to “ensure that this part of the industry is well-positioned to add to the job creation and economic growth,” as Sisolak’s office claims Casinos don’t want their customers leaving the property to enjoy cannabis at a lounge across town, but realistically if you’re to click here for example, you can see physical casinos may have more of a problem than someone leaving for a smoke and coming back a little later. Perhaps the Vegas casino industry is already starting to feel and notice the impact of mobile casinos and gambling apps, as the mobile gambling industry is only set to keep increasing exponentially. Mobile gambling has the potential to be global, these are some of the top trends currently that aren’t just restricted to the confinements of Las Vegas. Las Vegas casinos aren’t looking to compete with cannabis lounges while mobile gambling is becoming so popular too.

Look no further than the four-mile stretch of Las Vegas Boulevard known as the Strip.

Home to more than two dozen mega casino-resorts, the Strip hosts most of those 42 million tourists and brings more than $15 billion to Nevada’s economy each year in direct visitor spending, per numbers from the Las Vegas Visitors and Convention Authority. The Strip’s three largest corporate operators, MGM Resorts, Caesars Entertainment, and Las Vegas Sands, contribute millions to Nevada’s political candidates at all levels. The gaming industry is by far the largest political donor in the state, and its desires are rarely ignored by Nevada’s elected officials.RELATED STORYHow to Get High in Las Vegas

Licensed cannabis companies, by contrast, just don’t have the political juice to compete.

Nevada sold about $608 million in cannabis products during the first year of legal adult-use sales, and political donations from the cannabis industry make up a tiny fraction of their gaming counterparts.

The gaming industry has long been wary of all things cannabis, largely because of a belief that the federal status of marijuana could put their casino profits in jeopardy.

Since adult-use cannabis sales started in Nevada in 2017, gaming commission chairman Tony Alamo has made clear his stance that gaming and cannabis “shall not meet” until the plant becomes federally legal. State regulators have issued warnings that any gambling halls or casino resorts allowing marijuana use would have their precious gaming licenses revoked.

The City of Las Vegas’ May 1 ordinance allowing cannabis lounges wouldn’t technically apply to businesses on the Strip-which is just across the city line, in Clark County. Cannabis lounge licenses were to be available only to cannabis retailers located on Las Vegas City property. Currently, 12 retailers meet that eligibility standard. An additional ten stores are slated to open by the end of this year.

It’s All About the Tourist Dollar

Exclusive access to the lounges would have given current cannabis retailers a head start on cornering the market for recreational cannabis consumption had they opened as scheduled by the end of this year. More to the point, the lounges would have drawn tourists away from the Strip. And keeping visitors on the property is the name of the game for casino resorts-as anyone who’s tried to walk from one Strip location to another can tell you.

Threatened by the potential loss of tourism at Strip nightclubs, restaurants, and concert venues, the Nevada Resorts Association (NRA)-the gaming industry’s largest lobbying body-last September sent a letter to Las Vegas Mayor Carolyn Goodman urging her not to pass an ordinance allowing consumption venues. When their plea failed at the local level, Nevada’s NRA went next level, and took its cause to state legislators.

“Communities have little or no experience with the impacts of lounges on the communities or surrounding businesses,” NRA President Virginia Valentine said.

The “stall tactic,” as Nevada’s cannabis industry is calling AB533, will allow gaming to hold off on losing business. If marijuana is not federally legal by 2021, dispensary owners like Mueller and Hawkins expect the NRA to step back in and kick the can further down the road.RELATED STORYLeafly Study Debunks Dispensary Myths Around Crime & Teen Use

Sisolak Had to Choose

Sisolak has long been a supporter of Nevada’s cannabis industry, and his administration helped guide a number of progressive bills into law this session. But his support of, and from, the gaming industry has much deeper roots. For the governor, whose days of accepting high-dollar donations from gaming vendors goes back to his 10-year stint on the Clark County Commission, the resorts association’s request might as well have been a mandate.

Perhaps most surprising, while gaming did its damage, Nevada’s cannabis industry essentially stood by and watched.’We’re missing out on the opportunity of a lifetime. It’s just mind-boggling.’Tick Segerblom, Clark County Commissioner

Deeply fractured by a December disagreement over the allocation of 60 new marijuana licenses from the Nevada Department of Taxation, the Nevada Dispensary Association took a “neutral” stance on the lounges, said executive director Riana Durrett. About a dozen dispensary owners who were not chosen for the dispensary licenses are currently in litigation against the taxation department for alleged corruption in allocating the new permits.

Tick Segerblom, a longtime state senator who was the driving force behind legal marijuana from 2013 to 2018, now sits on the Clark County Commission. Segerblom, a Democrat, was essentially powerless as the governor and state legislators from his own party worked to reverse what he had long worked to pass.

“We’re missing out on the opportunity of a lifetime,” Segerblom said. “It’s just mind-boggling.”

This article originally appeared on leafly.com