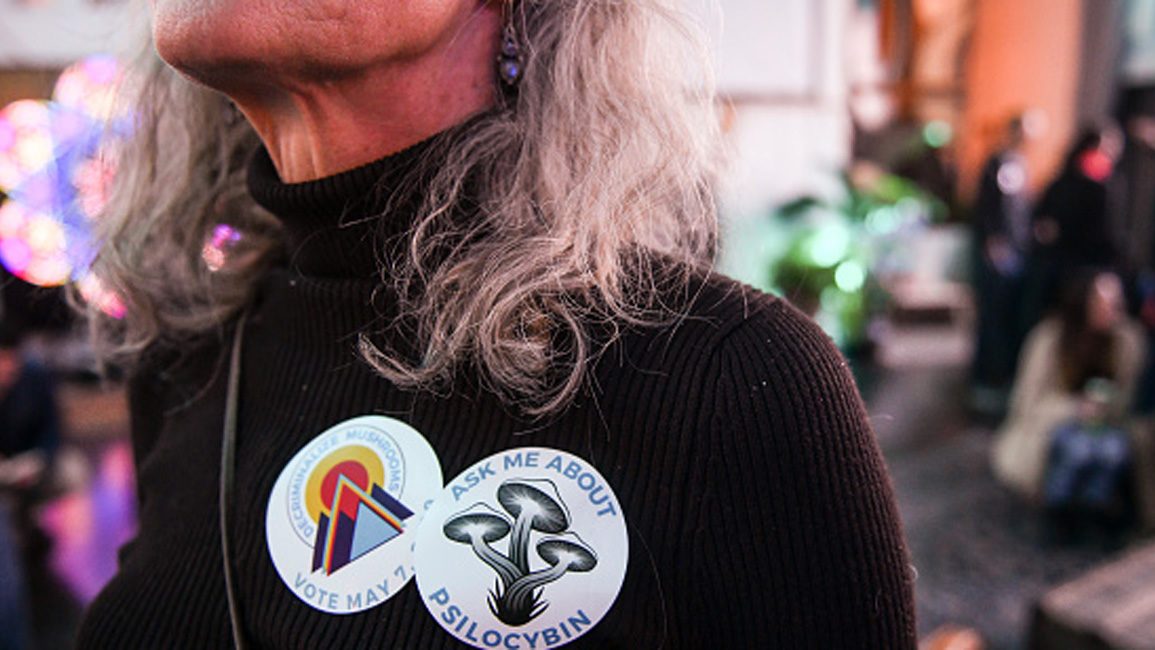 Curiosity about psychedelics is on an upward trend globally and nationally. Google searches for “psilocybin” and other terms relating to psychedelic substances have spiked in recent months, and will surely continue on this trajectory with the recent news that Johns Hopkins University is opening a research department for psychedelics, and that jurisdictions around the country are considering decriminalization measures. The fact, however, remains that for many active or aspiring psychonauts, most psychedelics are illegal and more importantly to many consumers, inaccessible. But you don’t necessarily need substances like psilocybin or LSD to have a trippy experience.

Extremely regulated legal access to psychedelic medicines and therapies does exist in the US, mostly at or through programs like Hopkins. The Multidisciplinary Association for Psychedelic Studies (MAPS) is in Phase 3 of clinical, FDA-approved MDMA trials, and institutions like NYU have very specific and limited opportunities for involvement in studies on psilocybin. While many have pointed out that all psychedelic use should be constitutionally protected as a religious liberty, the Supreme Court has upheld the right of only a few native groups to use peyote in their cultural practices, as they have since well before the Supreme Court even existed.

There are, however, a number of legal and accessible alternatives to the “illegal class of psychedelics,” and their availability has increased in the internet age, as have access to guidance and advice on how best to grow, find or learn about natural, plant-based, chemical and meditative methods to produce a psychedelic experience. For the purposes of this article, we will define “psychedelic” as a transcendent state of consciousness, and allow the reader or user to decide for themselves which substances or experiences qualify as psychedelic for them.

Salvia divinorum (“sage of the diviners”) — commonly referred to by just its first name — is a member of the mint and sage family and is known as possibly the most potent naturally occurring psychedelic. Salvia is indigenous to parts of Mexico, and is still found and used there, including by the Maztac tribe, who still use it for rituals that involve communicating with the spirits of the dead. It’s known for its immediate, short, and extremely intense trip when smoked, and is certainly not everyone’s cup of trippy tea. While efforts to ban salvia federally have so far stalled, it is illegal for sale or use in 37 states and regulated in many other states and localities, so be sure to check the local status before placing an online order if it’s not sold at your neighborhood head shop.

Another option you may find while at your local head shop is kratom (mitragyna speciosa), unless you live in Indiana or Tennessee, where it’s been banned. Kratom, like salvia, has garnered some negative federal attention, but so far remains unscheduled. Other legally available trips that you can find locally or online include morning glory seeds (ipomoea violacea), which contain LSA, a relative and alternative to LSD. Similarly, the iconic fly agaric (amanita muscaria) mushroom derives its effect from ibotenic acid and muscimol, as opposed to psilocybin. Amanita muscara is also popular in some parts of Europe as a food, once the psychoactive properties have been boiled out. These examples represent only a fraction of the legal ways people are continuing to research and discover how they can alter and experiment with their own minds — and will likely continue to illustrate how the drug war practice of classifying and banning naturally occurring compounds has the countereffect of leading people to creative alternatives.

It’s important to note that some potentially mind altering products are legal to purchase, but illegal for human consumption, which is another regulatory factor for the consumer to investigate and consider. Interested consumers should also consult and research a site such as Erowid before trying a new psychoactive substance, for important information about possible toxicity and side effects.

Still, some of the medically safest methods of achieving an altered state involve only meditation and breathing exercises. The parallels between meditative and psychedelic states have been thoroughly pointed out by researchers and scholars, and noted by anyone who’s had a good trip and also read Siddhartha. One popular method among psychonauts is holotropic breathwork, a method of intentionally accelerated breathing that leads to a “non-ordinary state of consciousness.” Holotropic breathing was developed in the ‘60s by the legendary Dr. Stanislav Grof and his wife Christina Grof after LSD (and much of the Grof’s therapeutic work with it) was outlawed. Although Dr. Grof is now retired from teaching, many guided courses are available through practitioners who have been directly trained by him. Free guidance, background and testimonials can also be found online.

Another technique is sensory deprivation. Often experienced by floating in water in a dark isolation chamber, it has been endorsed by celebrities such as Joe Rogan, Steph Curry and John Lennon. (Lennon reportedly used float therapy to kick his heroin habit.) Someone interested in “floating” might want to look into some of the businesses that offer the experience. While rates at a “float center” will be about $100 an hour, your own tank could cost around $10,000 and up.

Meanwhile, although sweat lodges and fasting can often accompany or be a part of the preparation for ayahuasca, peyote, and ibogaine trips, these experiences can also be psychedelic or hallucinatory in their own right — with the proper intention and implementation.

Of course, thanks to the recent measures passed in Denver and Oakland, and others that are being organized or considered, you may be able to cultivate or access more psychedelics legally in your area in the near future. Psilocybin producing fungi and DMT producing plants and grasses, as well as some varieties of cacti are relatively cheap and easy to grow with some internet guidance. Because of the cruel, confusing and hypocritical drug laws that still afflict the majority of citizens, we recommend that you verify the local laws before cultivating any natural plants, especially any that human beings have sacramentally or medically used throughout our existence. Please always exercise consideration and caution in potentially mind altering settings, and apply the principles of set and setting to your experience.