How Do You Handle Vaping At Work? 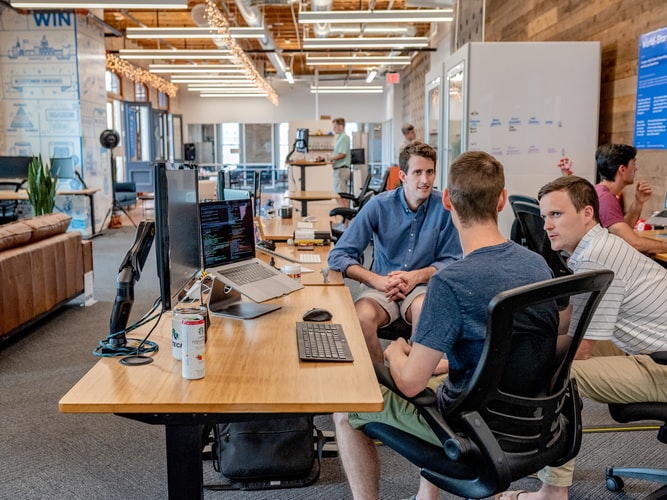 Vaping has been on a constant rise in recent years, meaning there is now quite a bit of confusion around vaping in the workplace. For example, a lot of people are asking, what’s the best vape juice flavours? We are now interested in how the employer views vaping, whether it falls into the same category as smoking in their eyes, and the company policy regarding it.

We’ve assembled some simple tips and tricks that you can utilize to gather info on vaping in your workplace and possibly get to do it, all following the company rules and regulations.

With the rise in vaping numbers, state and local laws have been rushing to catch up and include vaping in their books. The regulations may differ from state to state, as they have taken up different stances on it.

Read through your state’s law regarding e-cigarettes or desktop vaporizer, and pay attention to detail. You want to learn the state’s view on vaping indoors and whether it is allowed to vape publicly. If the law says it’s okay, you can move on to the next step.

Local laws aren’t the only thing that regulates vaping in the workplace, as the workplace itself has power over the matter. This means that some places encourage vaping, have specific vaping areas, or are otherwise completely fine with the practice. Others outright prohibit it. Some e-liquids contain zero nicotine, that is often not a problem to the workplace management.

So, if you’re new at your job, you should check-in before you vape in.

Speak With The Management

If all of that checks out, and the building doesn’t have any rules against vaping, make sure to check with your employer. Getting their insight and approval isn’t only a sign of goodwill; it’s a show of responsibility and respect. Getting approval before you start vaping in the workplace is far better than having to explain your actions later on.

Check-In With Your Coworkers

The second step is to find out how your colleagues see vaping. Many businesses tend to take the same approach as they would with cigarettes, which doesn’t always make sense. Speak with any colleagues that vape themselves, and find out what their experience with business hours vaping has been.

It would also be useful to check-in with your non-vaping colleagues and make sure you wouldn’t be stepping on any toes. Some people consider vaping to decrease productivity, and it’s a good idea to hear out their views on this and reassure them vaping would not be disruptive to the workflow.

Some people don’t like vaping, but others might find it a little more than irritating. The number of people who have Asthma and other respiratory issues is sky high, and vaping might just trigger some symptoms.

Many people don’t even report health issues like this to the management, so just because you get the green light from the higher-ups doesn’t mean you should start vaping in the workplace.

If you are looking for the best vape juice for vaping in the workplace – the answer is, all of them should be okay. Even if your vape juice contains nicotine, it’s minimal in the vapor and is not supposed to cause any second-hand harm.

If you are still uncertain, just follow the vaping etiquette golden rule, ‘when in doubt – ask.’ Starting a conversation with the people in your surroundings can be very important. If they say that your vaping does bother them, don’t argue, but try to explain that it is not supposed to be harmful in any way just by being around the vaper.

Also, the advantage of vaping is that the vape juices you are using have a much more pleasant smell than that of tobacco, so it might not impose much of an issue in that matter.

To Wrap It Up

To summarize, vaping in a workplace is a bit of contested territory, but it isn’t anything that can’t be solved by being well-informed and communicative with your co-workers. Speak to your peers and those in charge to make sure you are staying within the workplace boundaries, and you should be good to vape away.