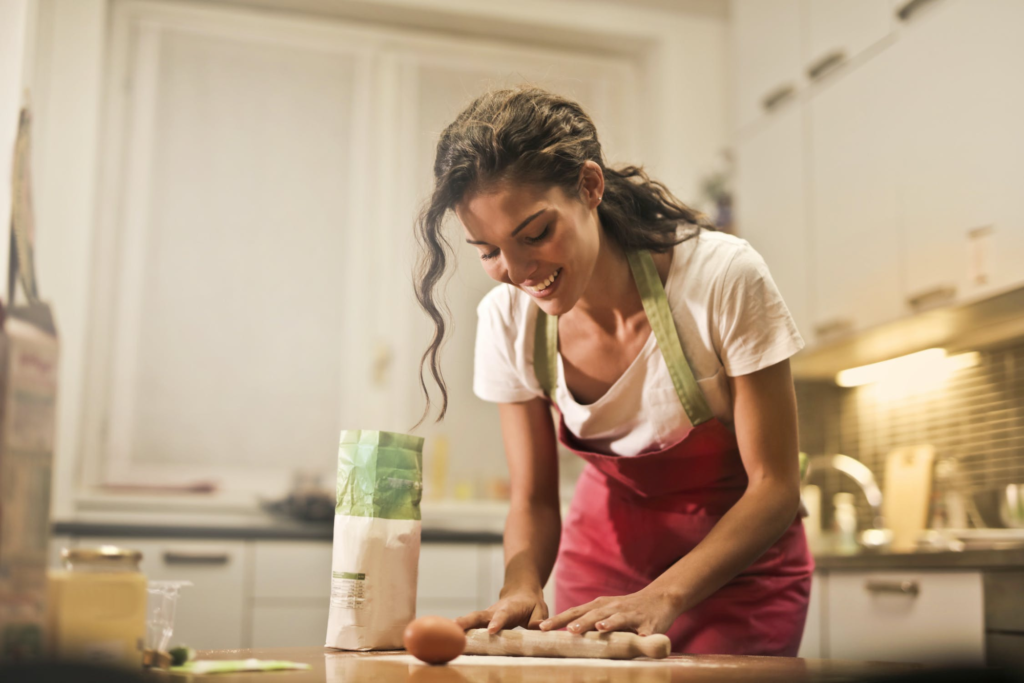 For beginners, cooking with cannabis may seem like an incredibly daunting task. In many ways, it is — there’s a lot to keep track of and get just right if you want to have a good trip. But a lot of the information is very straightforward and, once you put it to use, very hard to forget (like riding a bike). In this article, the all-things-cannabis experts at Honest Marijuana discuss the best tips for cooking with cannabis that will make your first foray into the kitchen a breeze and a pleasure.

Even if you’re a complete newb, you know you’re going to feel a little different after cooking with cannabis — that’s why you’re doing it, right?  But being able to predict how you’re going to feel is an important part of the cannabis experience. That’s where choosing the right strain comes in. We suggest getting to know the difference between indicas, sativas, and even landrace strains.  Once you understand the effects that each has to offer, you’ll be able to make an informed decision about how you want to feel after ingesting your edibles. Then you can experiment with the best strains to find the one that’s right for you.

Cannabinoids are chemical compounds that interact with specific cannabinoid receptors in your brain (i.e., CB1 and CB2). These chemicals are what cooking with cannabis is all about. Once you ingest the weed tea, cannabis coffee, pot-infused honey, or any other edible, it’s the cannabinoids that make you feel chill or that provide medicinal relief for a variety of ailments.

When you first start cooking with cannabis, it’s vital that you pay attention to the cannabinoid content of the strain you choose. High levels of THC can get you way too high. Similarly, high levels of CBD can result in effects you weren’t necessarily prepared for. Ask the budtenders at your local dispensary to help you find the cannabinoid content that’s right for you.

3) Realize What You’re In For

Cooking with cannabis is dramatically different than smoking the very same strain. One of the biggest differences between ingesting and inhaling your weed is the duration of the resulting experience. Smoking weed causes an almost immediate onset of effects but tapers off quickly after that. Think of smoking weed like slamming the accelerator of your 750-horsepower Lamborghini Veneno Roadster to the floor. Zero to 60 in 2.9 seconds is about what it feels like when you’re toking on a strong strain of Chemdawg.  Unfortunately, all that power really eats up the gas, so the thrill doesn’t last very long.  The effects of smoking weed wains rapidly over the course of an hour. So until you’re back to normal, contending with the munchies and trying to keep from falling asleep standing up.

Cooking with cannabis and eating the products causes little to no effects for up to an hour. After that, the experience will build for another hour or so and then taper off slowly over the next two to three hours. Think of ingesting marijuana like push-starting your Lamborghini, accelerating slowly over the course of several miles, and then set the cruise at 70 m.p.h. for a fun-filled ride. You might not experience the rush of zero to 60 in 2.9 seconds that you get with smoking, but cooking with cannabis gives you a much longer, more sustained level of effects.

It’s important to realize what you’re in for before you start eating or drinking. Chances are, you’re not going to feel anything for a while. Be patient and refrain from eating or drinking any more weed edibles, so you don’t create a bad trip.

Raw weed straight from the plant is non-psychoactive. In its raw form, it’s just another vegetable like spinach or kale (albeit one that doesn’t taste good and can cause vomiting). In order to unlock the cannabinoids inside the buds, you have to dry and cure it before you use it. Thankfully, most of the stuff you buy at your local dispensary is already dried and cured, so you don’t have to worry about it.

But there’s more to cooking with cannabis than just dumping that baggie of bud into your brownie mix. There’re a few more things to contend with before you can start mixing pot in your favorite recipe.

To unlock the full potential of your weed when cooking with cannabis, you need to decarboxylate. Don’t be scared of that five-syllable monstrosity of a word — it’s actually the cannaenthusiast’s friend. “Decarboxylate” is just a technical way of referring to the baking process (see, nothing to be afraid of).

6) Use A Grinder When Cooking With Cannabis

Another important step in cooking with cannabis is using a grinder to get your weed as small as possible. Grinding your cannabis first (after you’ve decarboxylated it, of course) exposes more of the bud’s surface area, so the solvent you use (more on that in a moment) dissolves as many of the trichomes as possible. Trichomes are where the majority of the cannabinoids reside. So doing whatever you have to do to maximize the mixing of trichomes into your foodstuffs will benefit you down the road when it’s time to eat.

7) Harness The Power Of Cannabutter Or Cannaoil

The best way to release the cannabinoids when cooking with cannabis is to create a cannabutter or canna oil infusion. Remember the solvent we mentioned in the previous section? It’s not some fancy chemical; you can only buy online from a special warehouse. It’s just butter or oil. When you infuse your butter or oil with cannabis, you make following any recipe infinitely easier. If your butter or oil already has cannabis in it — which it will if you make your own infusion — all you have to do is measure, mix, and bake. It’s as simple as that.

Cooking With Cannabis: Quality Over Quantity

The best tip we can give — whether you’re a budding baker or the Martha Stewart of pot brownies — is to always choose quality over quantity when cooking with cannabis.

By and large, most cannaenthusiasts divide weed into four different levels of quality:

When you’re cooking with cannabis, opt for beasters, or, better yet, headies if you can afford it. Your stash will last longer (because you don’t have to use as much), you’ll get more mileage from a small amount, and the experience will be out of this world.

If you can’t find the first two, mids will do in a pinch, but always shy away from regs (the literal bottom of the barrel) unless you have no other choice. And, when possible, insist on including organic marijuana and organic marijuana products in any recipes you use when cooking with cannabis. Organic marijuana is free of harmful fertilizers, pesticides, and chemicals that will harsh your buzz.

Anthony Franciosi, also known as Ant, is an honest to goodness farmer whose fingers are as green as the organic cannabis he grows. He is the proud founder of Honest Marijuana – an all-natural, completely organic marijuana growery in Colorado.

How to Make Cannabis Gummies with Infused Coconut Oil

A Little Bit of Sweetness With Your Cannabis

https://vimeo.com/706790596 Chef Matt is back on NUGL TV with Episode 4 of Ganja Eats: Cooking with Cannabis! In this episode, Chef Matt whips up a plate...
Cooking

https://vimeo.com/702168576 Chef Matt is back on NUGL TV with Episode 3 of 'Ganja Eats: Cooking with Cannabis!' In this episode, Chef Matt whips up THC-Infused Lamb...
Cooking

https://vimeo.com/675663743 Stay tuned for the series premiere of Ganja Eats on NUGL TV coming this March. Ganja Eats is a cannabis cooking show featuring celebrity Chef Matt, who will...
Cooking