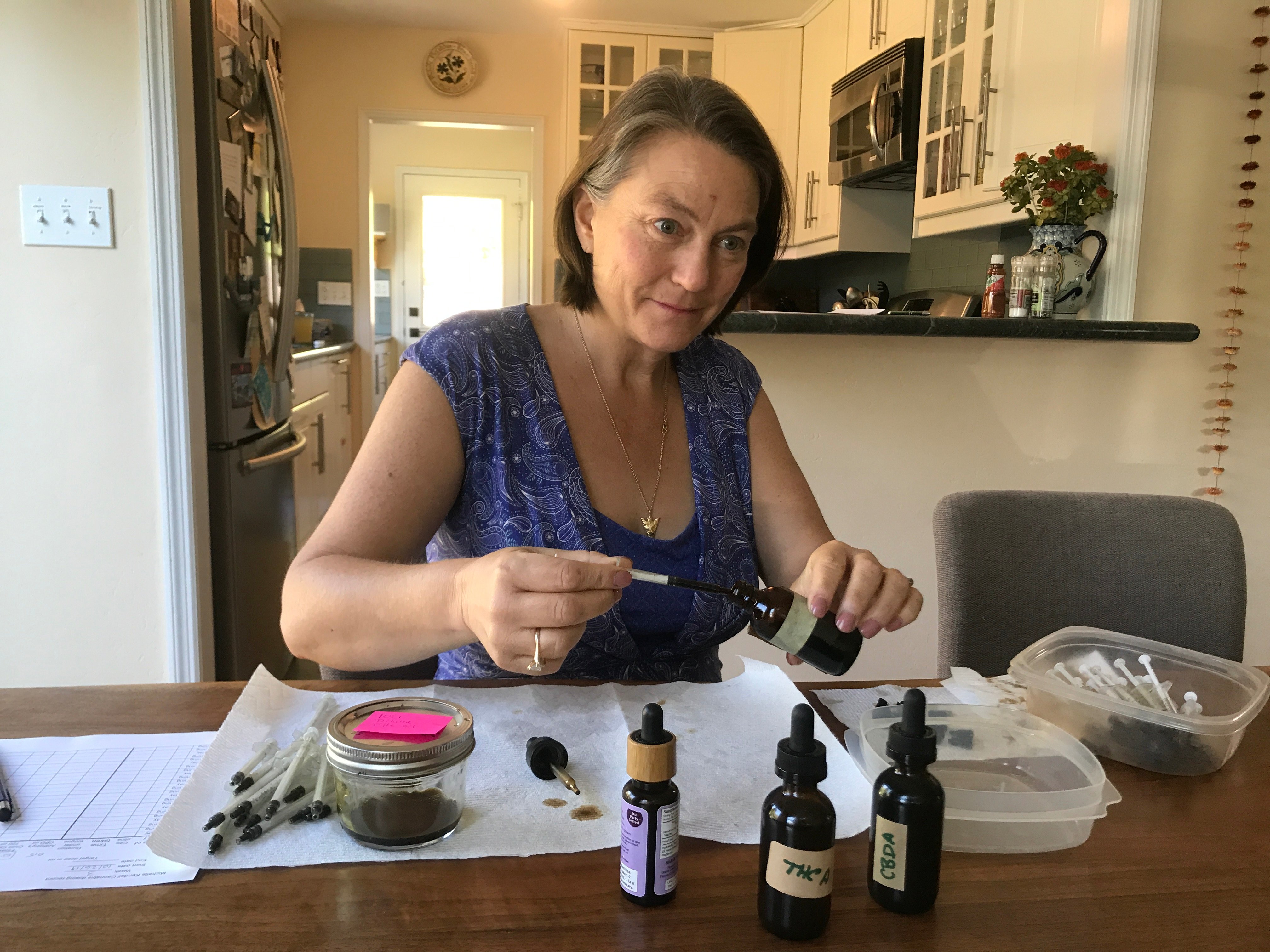 When Michelle Kendall received a diagnosis of ovarian cancer, she was told by her doctors that it was terminal and incurable. After dozens of chemotherapy cycles, two major surgeries and immuno-therapy, she is out of options.  Recurrent ovarian cancer, as she has, is invariably fatal. She turned to cannabis for healing, trying it for the first time when her neighbor – a retired Doctor – recommended it for anxiety related to the diagnosis. After self treating with a regimen of THC and CBD oils, the results she saw were jaw dropping; her “incurable” tumor shrank by over fifty percent. Inspired and emboldened by the results, Michelle began on her current campaign to normalize, medicalize and reschedule cannabis. It became quickly apparent that too many of the doctors she was speaking to were not aware of the science and research backing up the potential of cannabis, and that all of them were blocked from further research or application of the plant by the hypocritical, malevolent, and patently false Schedule 1 status of cannabis. The Schedule 1 designation still somehow classifies it in the eyes of the federal government as a drug with “high potential for abuse,” “no currently accepted medical use” and a “lack of accepted safety.”

A necessary element that Michelle recognized as lacking in achieving that fundamental change is education. The doctors and others that she told of her results were often skeptical of the potential of cannabis, even after hearing her story, and many even in the medical field are still not aware of fundamental elements to medicinal cannabis, like the endocannabinoid system. “The endocannaboinoid system is still, almost 30 years after its discovery, only taught in a small fraction of medical schools” she told NUGL, “Without understanding the endocannabinoid system as the master regulatory system of our bodies, cannabis as medicine makes no sense.”

Seeing a gap in both awareness and media, she set out to produce a short documentary, “Schedule 1”, which is currently in post-production. Her goal is to present both the issue and data to a general audience, with a standard of science that a healthcare provider – such as her formerly skeptical father, a urologist – would find compelling enough to research further, if not being completely convinced. “My goal is to make an emotional and beautifully shot documentary short, which explains the science in enough detail that health care providers, or anyone who is skeptical, will sit up and say, ‘Wow, I have never heard of the endocannabinoid system, I need to learn more about that.’” The documentary presents her incredible story of resilience, survival, and healing and the scientific breakdown of how it all works in just 15 minutes. Michelle is hopeful that the brevity and relatability of the content will lead to support for her goal of inspiring public pressure and action to remove cannabis from Schedule 1. She notes that if the oncologists in the country united against the DEA and scheduling system to allow them access to life saving medicine for their patients, the impact could be resounding and immediate, and is one of the reasons she kept cancer doctors in mind as a target audience for the film.

“Schedule 1” is currently in post production and will have a final cut ready by Jan 31st. After a rolling launch through film festival season, the Michelle plans to release it for free on the internet. The positive attention the film receives will hopefully spur quicker movement from all directions to re-schedule cannabis. For now, the cannabis community can help support the films production and promotion costs, which have mostly come out of pocket – Michelle does not expect to turn a profit or break even, motivated by the personal experience that heightens her sense of outrage and purpose; “We are in an insane situation, over a quarter of Americans live in a legal recreational state, yet the Schedule 1 classification locks this powerful medicine away from science. It’s tragic. A medicine that I know shrank my tumor – as all the pre-clinical data suggested it would – is vilified as a dangerous street drug.” Michelle Kendall knows first hand how much work there is still to be done to educate patients and their care providers about the life-saving potential of cannabis, and she is up for the mission to fight for her own life, and many others.