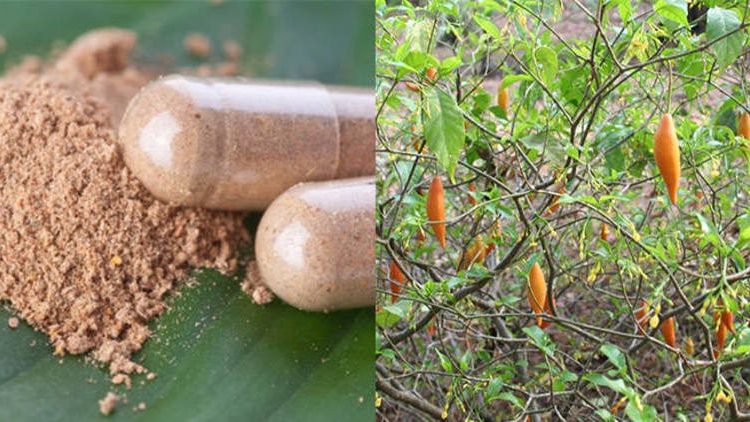 With plant medicines becoming more popular, thanks in part to the expansion of the global ayahuasca industry, a lesser known plant called iboga is showing promise for a variety of conditions, including opioid addiction and possibly Parkinson’s Disease.

Ibogaine is a psychedelic substance found in the African rainforests of Angola and the Congo, a root bark extraction of the â€˜Tabernanthe iboga’. While it is still somewhat less known in the US than its relative Ayahuasca, its popularity and international following for the groundbreaking improvement it has shown for those suffering from opiate, alcohol and amphetamine addiction. Large dose treatment of ibogaine has shownÂ ?particular success?Â in preventing opiate withdrawal symptoms, often after a single treatment. While there is potential for adverse or dangerous reactions for people with certain existing or untreated heart conditions, or who are on certain other drugs, that danger is not a major factor withÂ ?proper precautions?Â and supervision. Ibogaine is used medically and therapeutically around the world. Countries including Australia and South Africa have allowances for medical and prescriptive use, while countries such as Gabon, The Netherlands, and Mexico have legal or unregulated access. All are becoming popular bases and destinations for therapy and treatment, especially with access severely limited by misguided government regulations in many parts of the world, including being completely illegal in France, Norway, Italy, Hungary, Ireland and others.

Ibogaine is a Schedule 1 drug in the USA, meaning that according to the ?draconian and irrational? logic of the ?Drug War?, it is a â€˜drug with no currently accepted medical use and a high potential for abuse’, despite a ?growing? ?mountain? of ?evidence? to the contrary

The tectonic foundations for that mountain first converged in the US through Howard Lotsof (1943-2010).Â ?Lotsof is credited?Â as being “the first individual to observe the therapeutic effect of ibogaine in detoxification from heroin”. While experimenting with psychedelics as a 19 year old heroin addict in 1962, he was introduced to ibogaine by a chemist friend. When the multi-day trip ended, Lotsof became aware that he was not experiencing heroin withdrawals, and hadn’t for days. After confirming the same results with a handful of addicted friends, he committed to his belief that ibogaine could serve as an â€˜addiction interrupter’, and began a lifelong mission of advocacy for ibogaine treatment and research within the scientific and activist community. Over the next decades, Lotsof inspired, educated and worked with many of today’s leading ibogaine researchers and activists in the US and Canada. Among them are NYU psychiatry and neurology professorÂ ?Dr. Kenneth Alper?, who co-organized the First International Conference on ibogaine, and Dr Deborah Mash, who began conducting research into ibogaine after meeting Lotsof in the early 90’s, and is now widely considered one of the western world’s foremost experts on ibogaine.

Another of Lotsofs early collaborators is ?Dana Beal?. Dana is a founding member of the ?Yippie Movement?, and a tireless and ?legendary? activist for cannabis legality and access, human rights, and personal freedom. He and the Yippies are enshrined for their work in the recently opened Weed Museum in Los Angeles.

During our conversation, he was preparing to fly from New York City to Kuala Lumpur, Malaysia the next morning to speak at the Ibogaine For Addiction Conference. He believes that the healing potential extends beyond even the ongoing success in therapeutic and addiction treatment. Recent reports and research indicate potential for ibogaine use in the ?treatment of Parkinson’s? disease, and Beal has been focused recently on promoting further research and ?awareness?. Parkinson’s disease is the second most common age-related neurodegenerative disorder globally after Alzheimer’s disease. An estimated seven to ten million people worldwide have Parkinson’s disease, and almost one million people will be living with Parkinson’s in the US by 2020, according to the ?Parkinson’s Foundation?. While there is skepticism in both the mainstream and â€˜alternative’ medical community, Beal remains confident; “It’s not a theory, it’s a result, I’ve spoken a patient who has reversed their Parkinson’s strictly with microdoses of ibogaine. There are also many patients who have achieved [positive] results with a regiment of large doses followed by a microdose regiment.”

Claims of a potential miracle natural remedy for elements of addiction and Parkinson’s disease are sure to raise as much suspicion as hope, and there are those in the medical community who are as dismissive of the neurological and medical potential of ibogaine as many were (?and still are?) of cannabis. Don’t forget that the mainstream acceptance and propagation of â€˜facts’ and data by the medical and pharmaceutical establishment has been a leading factor in the criminalization of cannabis and suppression of its medical benefits. The often misguided gatekeeping of the so called healthcare establishment is also a significant contributor to decades of public ignorance of important data about the potential of LSD, psilocybin and other psychedelics, and contributes to the epidemic of opiate related addiction and deaths. People who have done things like ayahuasca, DMT, and mushrooms (like those found here – https://cbdandshrooms.com) have reported having life-changing experiences that have impacted the way they view and live in the world – the fact that people try to act as gatekeepers and prevent others from having autonomy over what they put in their own bodies will likely be looked back on as something truly regrettable in the future.

For those interested in an ibogaine experience, it’s important to remember to always do your own research, and apply the principles of â€˜?set and setting?’. It’s also important to note that this is probably not the party drug to bring along to your next festival or recreational camping trip. Beal points out that “Ibogaine is not from the [chemical] sequence of psychedelics related to psilocybin and LSD, it’s more related to harmaline, one of the two main active ingredients in ayahuasca.” What that translates to for the user is an experience that most describe as self reflective and therapeutic, as opposed to the more joyful fun associated with other psychedelics. Ibogaine trips can last well over a day, and involve challenging moments physically and mentally. Awareness and education along with proper guidance and supervision are well advised with this powerful and mysterious medicine.

Do you want to try magic mushrooms but hesitate because you don't know what's coming? The majority of individuals who consumed psilocybin mushrooms exhibit...
Psychedelics